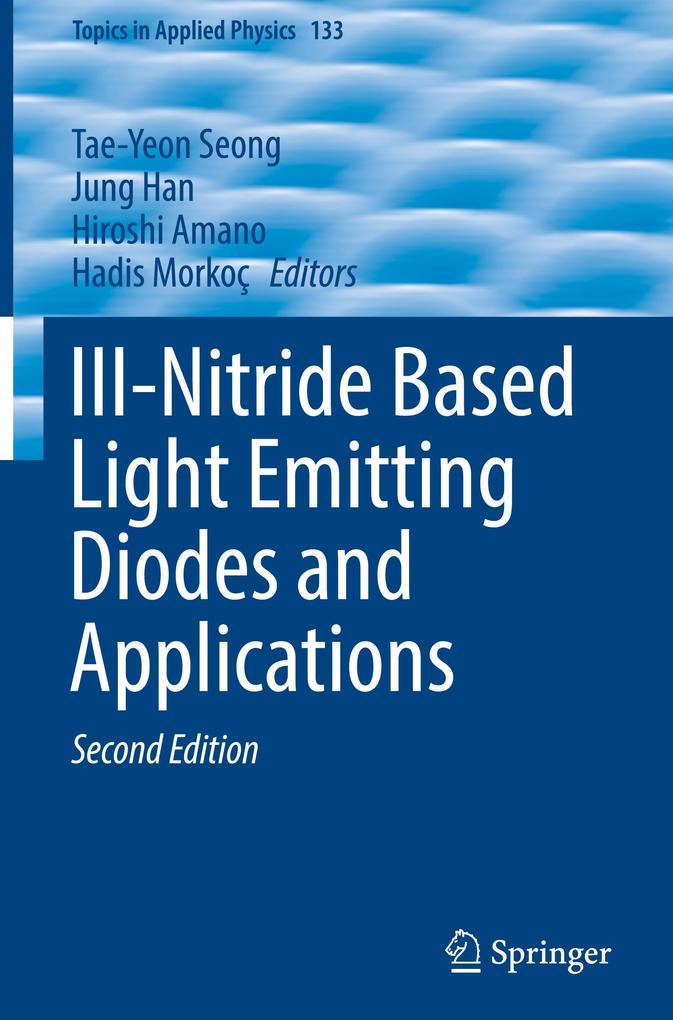 The revised edition of this important book presents updated and expanded coverage of light emitting diodes (LEDs) based on heteroepitaxial GaN on Si substrates, and includes new chapters on tunnel junction LEDs, green/yellow LEDs, and ultraviolet LEDs.
Over the last two decades, significant progress has been made in the growth, doping and processing technologies of III-nitride based semiconductors, leading to considerable expectations for nitride semiconductors across a wide range of applications. LEDs are already used in traffic signals, signage lighting, and automotive applications, with the ultimate goal of the global replacement of traditional incandescent and fluorescent lamps, thus reducing energy consumption and cutting down on carbon-dioxide emission.
However, some critical issues must be addressed to allow the further improvements required for the large-scale realization of solid-state lighting, and this book aims to provide the readers with details of some contemporary issues on which the performance of LEDs is seriously dependent. Most importantly, it describes why there must be a breakthrough in the growth of high-quality nitride semiconductor epitaxial layers with a low density of dislocations, in particular, in the growth of Al-rich and In-rich GaN-based semiconductors. The quality of materials is directly dependent on the substrates used, such as sapphire and Si, and the book discusses these as well as topics such as efficiency droop, growth in different orientations, polarization, and chip processing and packaging technologies.
Offering an overview of the state of the art in III-Nitride LED science and technology, the book will be a core reference for researchers and engineers involved with the developments of solid state lighting, and required reading for students entering the field.

Tae-Yeon Seong received his PhD from the University of Oxford in 1992. He is currently a Professor of Materials Science and Engineering and currently Chair of Department of Nanophotonics at Korea University. His research focuses on the area of wide band-gap materials and devices (emitters, detectors and electronics) using GaN and ZnO, developing these materials for illumination applications, and the development of oxide-based and nanomaterials-based transparent conducting oxides for LEDs and OLEDs. He has authored and coauthored over 410 papers in peer-reviewed journals and holds 200 patents (registered and pending). He is a Fellow of the Institute of Physics (UK) and SPIE (The International Society for Optics and Photonics), an Associate Editor of Semiconductor Science and Technology, and an Editorial Advisory Committee Member of the Electrochemical Society Journals.
Jung Han is the William Norton Professor in Technological Innovation and a Professor of Electrical Engineering at Yale University. Professor Han's current research activities include blue, green, and ultraviolet (UV) light emitting devices for energy-efficient solid-state lighting, synthesis of AlGaInN nanostructures, nanoscale phenomena in crystal growth, and AlGaInN photonic devices. He has published more than 250 papers in peer-reviewed journals gathering more than 9,000 citations, and has served as editor of four books and special journal issues. He holds ten U.S. patents and is the co-founder of Saphlux, a startup company based on his inventions for semipolar GaN LEDs. Prof. Han has received numerous awards including a Department of Commerce R&D 100 Award, MRS Ribbon Award, and EMC Best Paper Award. Han is a member of the Connecticut Academy of Science and Engineering, and a Fellow of the Institute of Physics (IoP) and the Institute of Electrical and Electronic Engineers (IEEE).
Hiroshi Amano received D.Eng from Nagoya University in 1989. Currently he is a Director, Center for Integrated Research of Future Electronics, and a Professor, Institute of Materials and Systems for Sustainability, Nagoya University. In 1985, he developed low-temperature deposited buffer layers which provided the technology vendors to the development of high-quality group III semiconductor based LEDs and LDs. In 1989, he succeeded in growing p-type GaN and fabricating p-n junction LEDs for the first time in the world. He has published more than 525 technical papers and contributed to 27 books. Awards received include: 1994 Optoelectronics Conference Special Award, 1996 IEEE/LEOS Engineering Achievement Award, 1998 Japan Society for Applied Physics C Award, 1998 Rank Award, 2001 Marubun Academic Award, 2002 Takeda Award, 2003 SSDM paper award, Fellow of Japan Society of Applied Physics, NISTEP Award, IOP Fellow, 2014 Nobel Prize in Physics, and Order of Culture, Japan..
Hadis Morkoç received Ph.D. from Cornell University, Ithaca, NY, and Honoris Causa from University of Montpellier II. He held positions at Varian Associates, Palo Alto, CA, University of IL at Urbana-Champaign, AT&T Bell Laboratories, Caltech and JPL, and Air Force Research Laboratories. He is with School of Engineering at VCU, Richmond VA. He is among the most cited with over 1600 publications. He is a Fellow of AAAS, Fellow of APS, was Life Fellow of IEEE, and member of Sigma Xi (Life member), Eta Kappa Nu, Phi Kappa Phi (Life member), Sigma Pi Sigma, Tau, Beta Pi, and International Men of Achievement, and ISI highly cited authors.