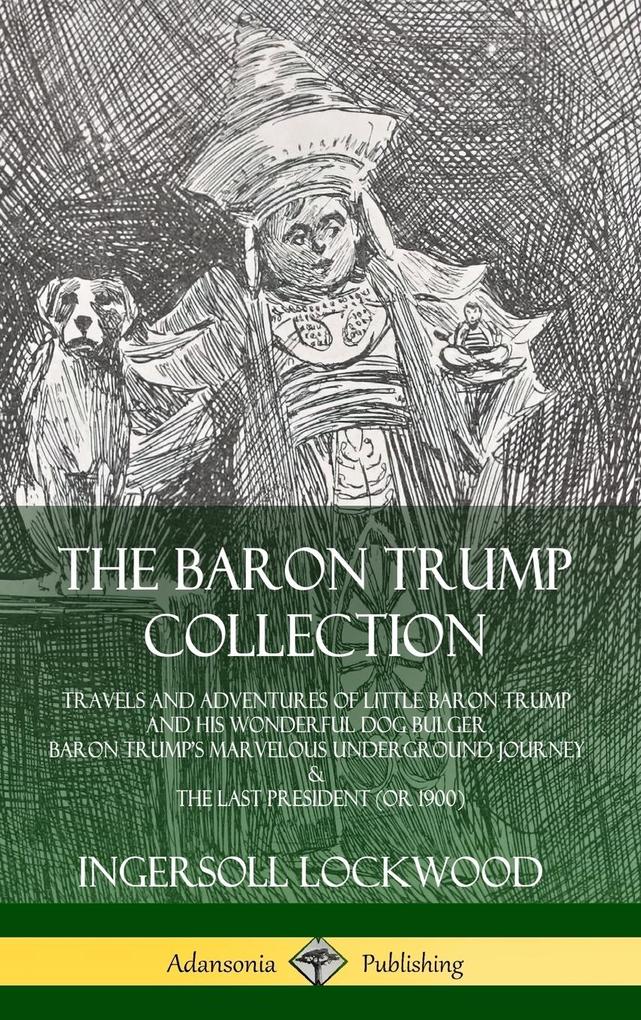 
Filled with exotic flights of fancy, the Baron Trump tales feature the titular character - a wealthy boy who lives in Trump Castle. His actual name is Wil … weiterlesen


Filled with exotic flights of fancy, the Baron Trump tales feature the titular character - a wealthy boy who lives in Trump Castle. His actual name is Wilhelm Heinrich Sebastian Von Troomp, but for the sake of simplicity he goes by his title of Baron Trump.


The young fellow embarks on time travelling adventures through human history. Through his travels, he meets societies of people and tribes from long ago, picking up their language and social customs. Accompanied by his faithful and protective companion hound Bulger, the young Baron navigates a variety of adventures and surmounts many obstacles.


The final book discusses the rise of a US President and has been variously described as coincidental or prescient of the 21st century political climate. Set in an America torn by division, there are references to a hotel on Fifth Avenue in New York, and an election of an outsider candidate ensuing amid chaos.

Ingersoll Lockwood was born at Ossining, New York, in August 1841 to a well-known legal family. His father, Munson Lockwood, was a brigadier general in the New York State Militia, a lawyer, and also went on to hold the position of Warden at the famous Sing Sing prison. Both of Ingersoll s uncles, Ralph and Albert Lockwood, were also attorneys. Ingersoll was trained in the law, but before establishing a practice, he was appointed Consul to the Kingdom of Hanover by the Lincoln Administration becoming the youngest member of a U.S. delegation. After his federal service, Ingersoll came back to New York City where he established a successful firm with his brother Henry. In addition to his legal work, Ingersoll began a writing career, which included political essays, fiction and poetry. His most successful works were his children s novels surrounding the character of Baron Trump. He retired to Saratoga Springs New York where he continued to write, publishing his last book of poetry five years before his death in 1918.