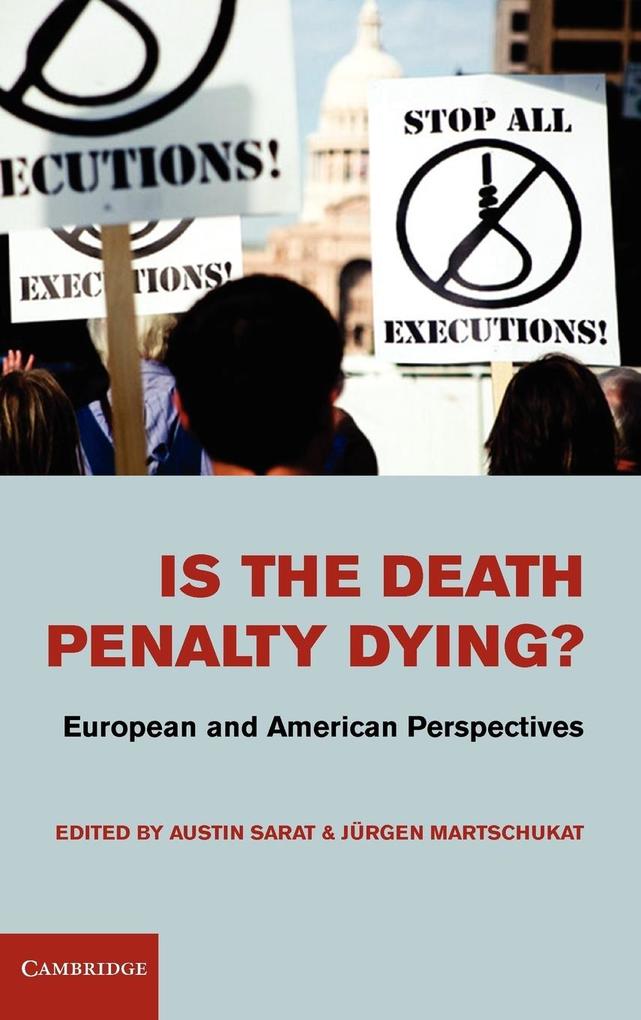 Is the Death Penalty Dying?

Titel: Is the Death Penalty Dying?

Examining the historical and political conditions that shaped death penalty practice from the end of World War II to today.

Introduction: transatlantic perspectives on capital punishment: national identity, the death penalty, and the prospects for abolition Austin Sarat and Jurgen Martschukat; Part I. What Is a Penalty of Death: Capital Punishment in Context: 1. The green, green grass of home: capital punishment and the penal system from a long-term perspective Pieter Spierenburg; 2. Did anyone die here? Legal personalities, the supermax and the politics of abolition Colin Dayan; 3. Capital punishment as homeowners insurance: the rise of the homeowner citizen and the fate of ultimate sanctions in both Europe and the United States Jonathan Simon; Part II. On the Meaning of Death and Pain in Europe and the United States: Viewing, Witnessing, Understanding: 4. The witnessing of judgment: between error, mercy, and vindictiveness Evi Girling; 5. Unframing the death penalty: transatlantic discourse on the possibility of abolition and the execution of Saddam Hussein Kathryn A. Heard; 6. Executions and the debate about abolition in France and in the US Simon Grivet; Part III. Abolitionist Discourses/Abolitionist Strategies/Abolitionist Dilemmas: Transatlantic Perspectives: 7. Civilized rebels: death penalty abolition in Europe as cause, mark of distinction, and political strategy Andrew Hammel; 8. The death of dignity Timothy Kaufman-Osborn; 9. Sovereignty and the unnecessary penalty of death: European and United States perspectives Jon Yorke; 10. European policy on the death penalty Agata Fijalkowski; 11. In the shadow of death: capital punishment, mass incarceration, and penal policy in the United States Marie Gottschalk.

Austin Sarat is William Nelson Cromwell Professor of Jurisprudence and Political Science at Amherst College and Justice Hugo L. Black Visiting Senior Faculty Scholar at the University of Alabama School of Law. He is author or editor of more than seventy books, including When the State Kills: Capital Punishment and the American Condition; Something to Believe In: Politics, Professionalism, and Cause Lawyers (with Stuart Scheingold); The Blackwell Companion to Law and Society; and most recently The Road to Abolition?: The Future of Capital Punishment in the United States (with Charles Ogletree, Jr). Sarat is editor of the journal Law, Culture and the Humanities and of Studies in Law, Politics and Society. In 2009 he received the Stan Wheeler Award from the Law and Society Association for distinguished teaching and mentoring. Jurgen Martschukat is a Professor of History at Erfurt University. He was formerly an Assistant Professor at Hamburg University (1993-2001) and recipient of the opus magnum-fellowship of the German 'pro-humanities' foundation. He has published several books, edited volumes, and numerous articles on the history of violence and the death penalty in Europe and the United States from the seventeenth century to the present. In 2002, he was awarded the David Thelen Prize from the Organization of American Historians for his article on the 'Art of Killing by Electricity'. In 2007, he was a Fellow at the Woodrow Wilson International Center for Scholars in Washington, DC, working on a project on race and capital punishment.