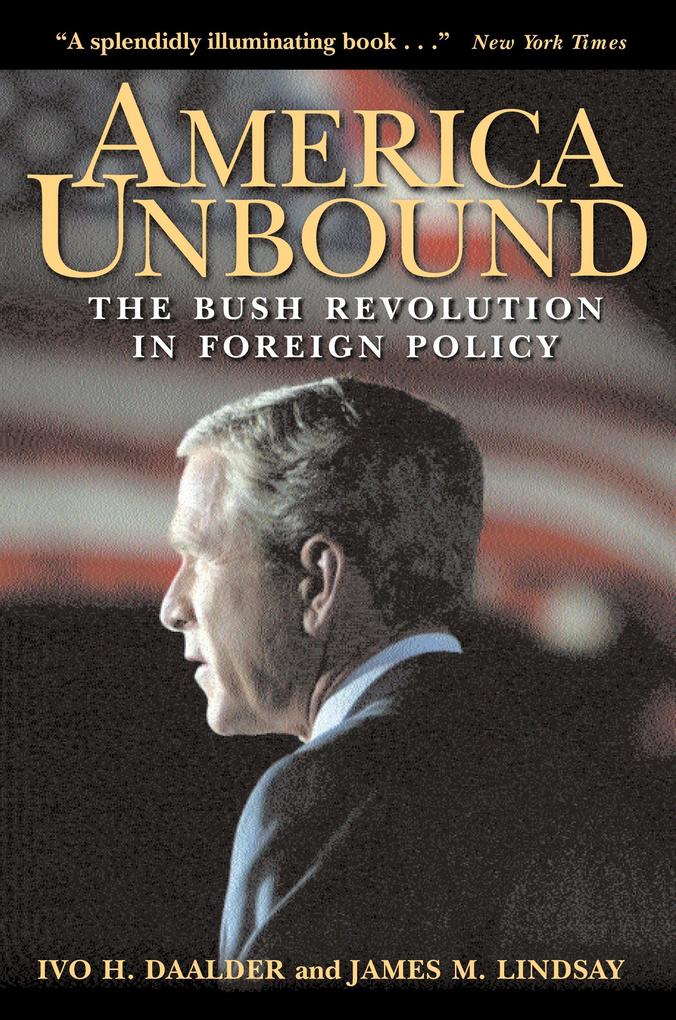 This book explores how the Bush revolution in foreign policy carries with it high risks and possibly high costs. The authors argue that an America unbound by the need to convince others of the justice of its cause is an America that conveys an arrogance born of power rather than principle.

Ivo H. Daalder is a senior fellow in Foreign Policy Studies and the Sydney Stein Jr. Chair in International Security at the Brookings Institution, Washington, D.C., USA. He is the coauthor, with James M. Lindsay, of America Unbound: The Bush Revolution in Foreign Policy (Brookings, 2003) and the coauthor of Winning Ugly: NATO's War to Save Kosovo (Brookings, 2001), written with Michael E. O'Hanlon. James M. Lindsay is vice president and director of studies of the Council on Foreign Relations, where he holds the Maurice R. Greenberg Chair. He was previously deputy director and senior fellow in Foreign Policy Studies at the Brookings Institution, Washington, D.C., USA. His books include Agenda for the Nation (Brookings 2003) and Defending America: The Case for Limited National Missile Defense (Brookings 2001). In 1996-97, Lindsay was director for global issues and multilateral affairs on the National Security Council staff.

"America Unbound is the most ambitious and important study in this batch, not least because the authors painstakingly develop the provocative thesis that the president is not the Dubya of cartoonists, a dim puppet of a cabal of old-guard hawks and neocons, but the master puppeteer himself....The research is admirable, the arguments are well marshaled, and the absence of stridency adds considerable authority to the portrayal of Bush as a president whose 'worldview simply made no allowance for others' doubting the purity of American motives.'" - The New York Times Book Review
Kunden, die diesen Artikel gekauft haben, kauften auch
Schreiben Sie eine Rezension