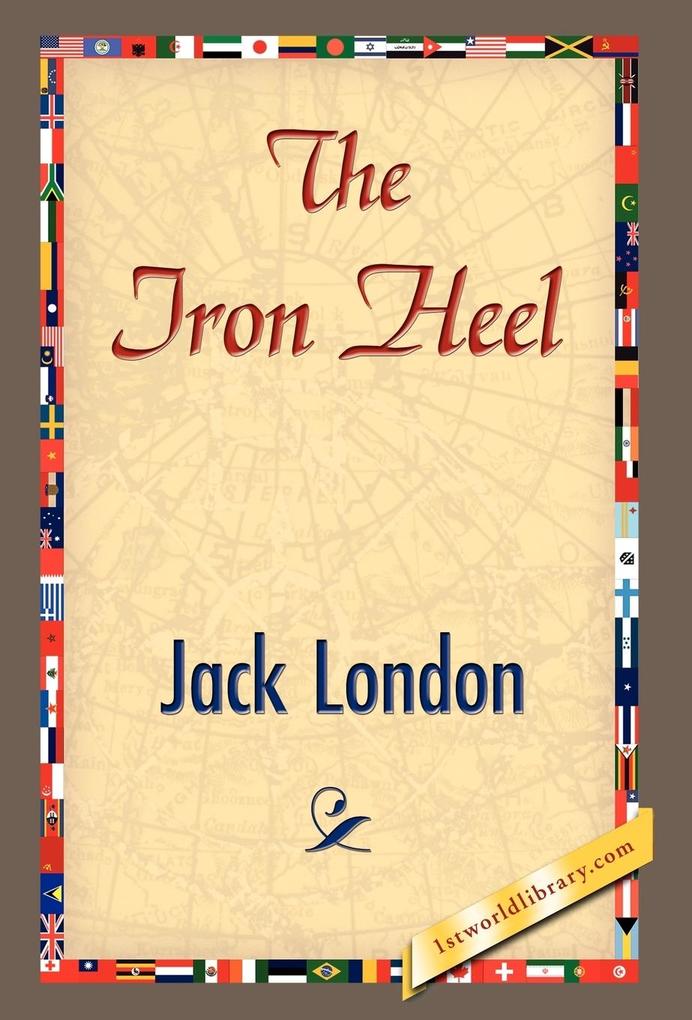 12% Rabatt³ sichern mit Gutscheincode: MAI12
​
The soft summer wind stirs the redwoods, and Wild-Water ripples sweet cadences over its mossy stones. There are butterflies in the sunshine, and from everywhere arises the drowsy hum of bees. It is so quiet and peaceful, and I sit here, and ponder, a … weiterlesen
Dieser Artikel ist auch verfügbar als:
Geschenk per Mail versenden
Buch (gebunden)

The soft summer wind stirs the redwoods, and Wild-Water ripples sweet cadences over its mossy stones. There are butterflies in the sunshine, and from everywhere arises the drowsy hum of bees. It is so quiet and peaceful, and I sit here, and ponder, and am restless. It is the quiet that makes me restless. It seems unreal. All the world is quiet, but it is the quiet before the storm. I strain my ears, and all my senses, for some betrayal of that impending storm. Oh, that it may not be premature! That it may not be premature!* * The Second Revolt was largely the work of Ernest Everhard, though he cooperated, of course, with the European leaders. The capture and secret execution of Everhard was the great event of the spring of 1932 A.D. Yet so thoroughly had he prepared for the revolt, that his fellow-conspirators were able, with little confusion or delay, to carry out his plans. It was after Everhard's execution that his wife went to Wake Robin Lodge, a small bungalow in the Sonoma Hills of California.

John Griffith "Jack" London (born John Griffith Chaney, January 12, 1876 - November 22, 1916) was an American author, journalist, and social activist. A pioneer in the then-burgeoning world of commercial magazine fiction, he was one of the first fiction writers to obtain worldwide celebrity and a large fortune from his fiction alone.

Some of his most famous works include The Call of the Wild and White Fang, both set in the Klondike Gold Rush, as well as the short stories "To Build a Fire", "An Odyssey of the North", and "Love of Life". He also wrote of the South Pacific in such stories as "The Pearls of Parlay" and "The Heathen", and of the San Francisco Bay area in The Sea Wolf.

London was part of the radical literary group, "The Crowd", in San Francisco, and a passionate advocate of unionization, socialism, and the rights of workers. He wrote several powerful works dealing with these topics, such as his dystopian novel The Iron Heel, his non-fiction exposé The People of the Abyss, and The War of the Classes.

Jack London's mother, Flora Wellman, was the fifth and youngest child of Pennsylvania Canal builder Marshall Wellman and his first wife, Eleanor Garrett Jones. Marshall Wellman was descended from Thomas Wellman, an early Puritan settler in the Massachusetts Bay Colony.[7] Flora left Ohio and moved to the Pacific coast when her father remarried after her mother died. In San Francisco, Flora worked as a music teacher and spiritualist, claiming to channel the spirit of a Sauk chief Black Hawk.[8]

Biographer Clarice Stasz and others believe London's father was astrologer William Chaney.[9] Flora Wellman was living with Chaney in San Francisco when she became pregnant. Whether Wellman and Chaney were legally married is unknown. Most San Francisco civil records were destroyed by the extensive fires that followed the 1906 earthquake; nobody knows what name appeared on her son's birth certificate. Stasz notes that in his memoirs, Chaney refers to London's mother Flora Wellman as having been his "wife"; he also cites an advertisement in which Flora called herself "Florence Wellman Chaney."