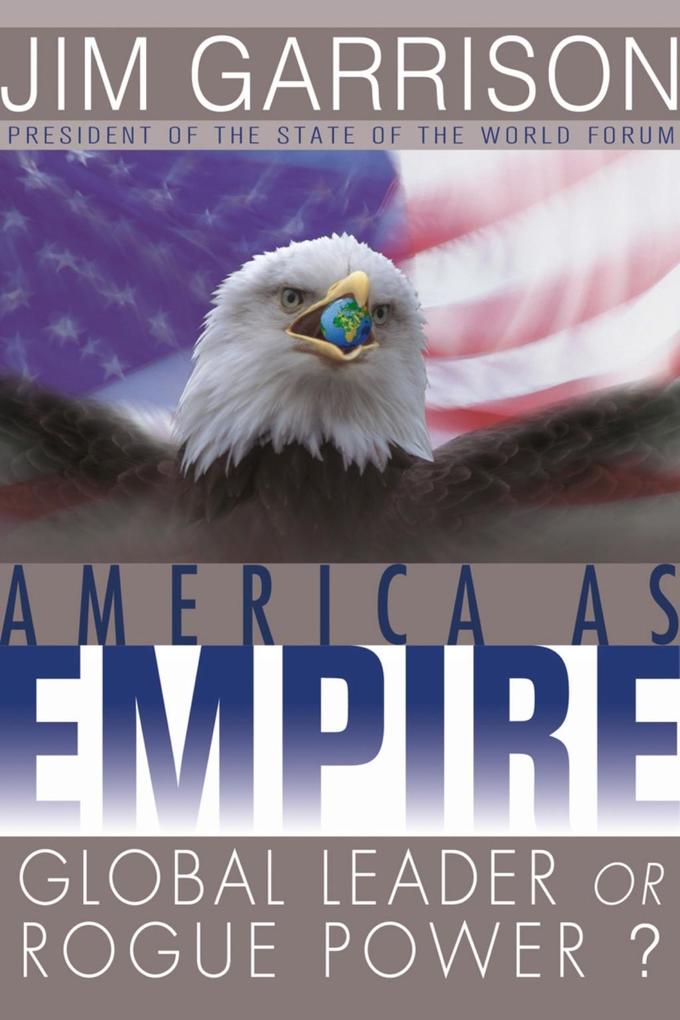 von James Garrison
Sprache: Englisch.
Buch (gebunden)
In America as Empire, Jim Garrison urges us to face up to the complexities and responsibilities inherent in the indisputable fact that America is now the world's single preeminent power. "America", Garrison writes, "has become what it was founded not … weiterlesen
Dieser Artikel ist auch verfügbar als:
Geschenk per Mail versenden
Buch (gebunden)

In America as Empire, Jim Garrison urges us to face up to the complexities and responsibilities inherent in the indisputable fact that America is now the world's single preeminent power. "America", Garrison writes, "has become what it was founded not to be: established as a haven for those fleeing the abuse of power, it has attained and now wields near absolute power. It has become an empire."
Garrison traces the roots of the American empire to the very beginnings of the republic, in particular to the historic willingness of United States' to use military might in the defense of two consistent --- if sometimes contradictory --- foreign policy objectives: protection of American commercial interests and promotion of democracy.
How long can the American empire last? Garrison looks at American history within the context of the rise and fall of empires and argues that the U. S. can gain important insights into durability from the Romans. He details the interplay between military power, political institutions, and legal structures that enabled the Roman empire at it's apogee to last for longer than America has as a country.
But the real question is, what kind of empire can and should America be? As the sole superpower, America must lead in shaping a new global order, just as after World War II Roosevelt and Truman took the lead in shaping a new international order. That international order is now crumbling under the pressures of globalization, persistent poverty, terrorism and fundamentalism. Garrison outlines the kinds of cooperative global structures America must promote if its empire is to leave a lasting legacy of greatness. Garrison calls for Americans to consciously see themselves as a transitional empire, one whose task is not to dominate but to catalyze the next generation of global governance mechanisms that would make obsolete the need for empire. If this is done, America could be the final empire.

Jim Garrison was born in Szechuan Province, China, in 1951 to Baptist missionaries. He lived with his family in Taiwan from 1953 to 1965, after which they settled permanently in San Jose, California. While attending Abraham Lincoln High School there, he was twice elected student body president.
Garrison began college at Pepperdine University (1969-70), attended the University of Tel Aviv as an exchange student in 1972, and received a B.A. magna cum laude in World History from Santa Clara University in 1973. He then went on to obtain a double M.T.S. in Christology and History of Religion from Har- vard Divinity School (1975) and a Ph.D. in Philosophical Theology from Cambridge University (1982).