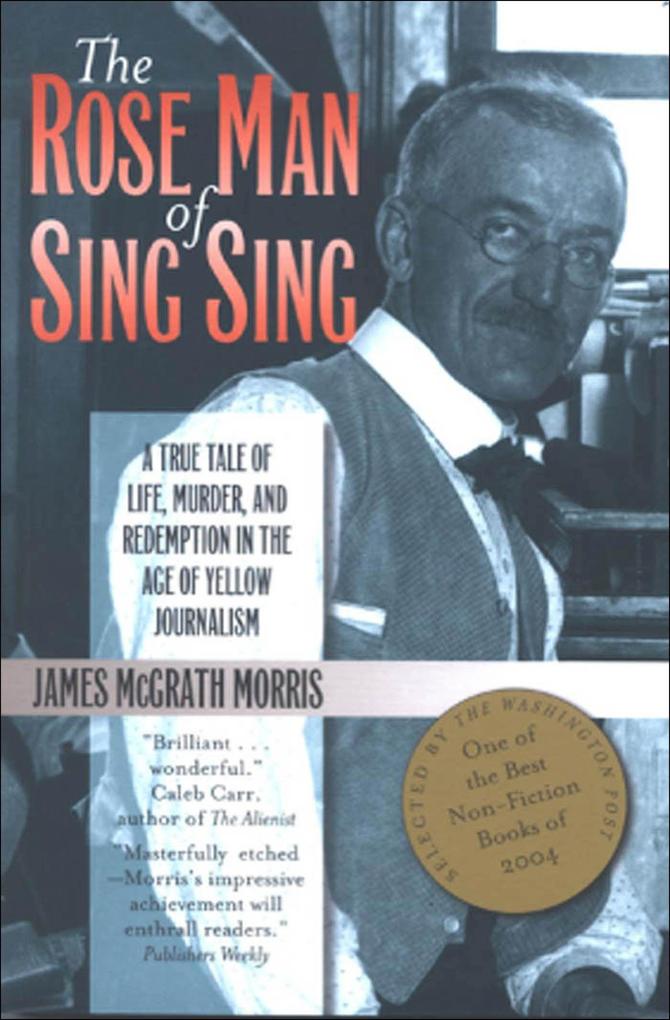 The Rose Man of Sing Sing

A True Tale of Life, Murder, and Redemption in the Age of Yellow Journalism.
21 illustrations.
Sprache: Englisch.

Charles E. Chapin, the notorious editor-tyrant of Joseph Pulitzer's New York Evening World during America's Gilded Age, made headlines himself after murdering his wife of 39 years. The extensively researched biography by Morris (Jailhouse Journalism: The Fourth Estate Behind Bars) reads like a true-crime page-turner, bringing to life Chapin's tragic story, from his childhood to his days spent cultivating a beautiful rose garden in Sing Sing prison to the last moments of his life. Morris lends the story depth by including colorful depictions of everyday New York life circa the early 1900s, intriguing descriptions of the corrupt practices of editors and reporters, and vivid accounts of major events like the Titanic disaster, a story that Chapin's paper scooped from its competitors. An engrossing read, this is suitable for all libraries.

JAMES MCGRATH MORRIS, a former journalist, historian, and teacher, is the author of Jailhouse Journalism: the Fourth Estate Behind Bars. He is currently working on a biography of Joseph Pulitzer and lives in Falls Church, Virginia.

"One of the Best Books of 2004" - Washington Post Book World "By the climax, the most brilliant city editor of that lurid era has become a bloody monster in his own tabloid. And then, lo, he is one of the redeemed. Reversal of fortune is a damned good story in any era." - Shelby Coffey, Washington Post Book World "Chapin was quite a character, and Mr. Morris describes him with verve and an eye for colorful detail (not to mention occasionally breathlessness) that match the rip-roaring tabloid era he lived in." - New York Times "A fascinating story compellingly told.... With this scrupulously researched book, Mr. Morris rescues an engaging character from historical oblivion and opens a window onto a raucous, roiling epoch that played itself out in 22-point type." - New York Observer "Chapin's story is engagingly told by James McGrath Morris." - Wall Street Journal "James McGrath Morris's well-researched narrative has the pace and detail of an engrossing historical novel." - Boston Herald "Reads like a true-crime page-turner... an engrossing book." - Library Journal "James McGrath Morris has produced an evenhanded, even somewhat affectionate, biography of one of journalism's most colorful and complex characters." - American Journalism Review"