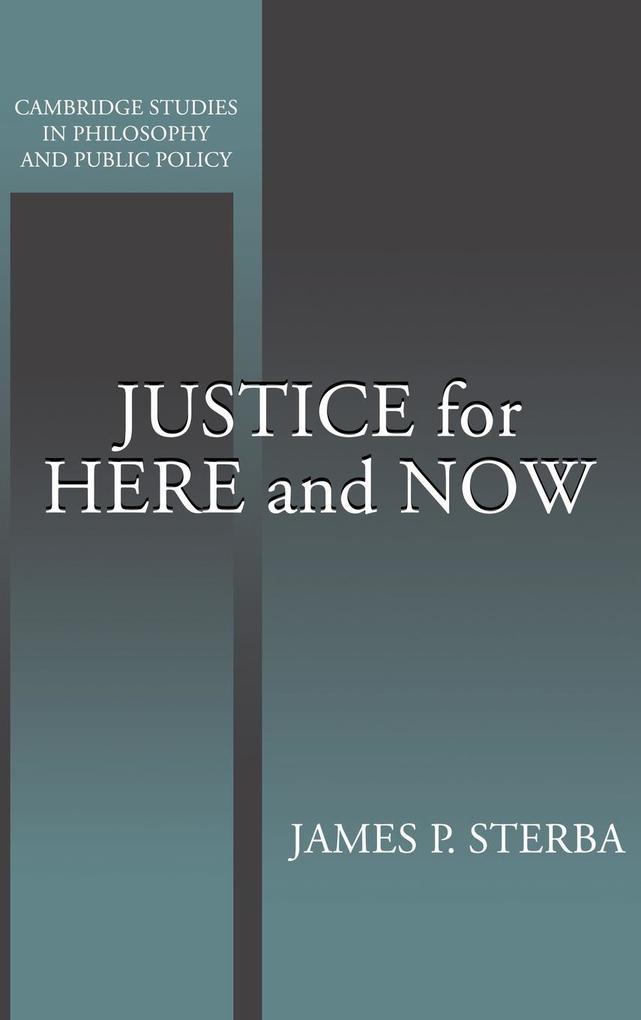 Justice for Here and Now

This book conveys the breadth and interconnectedness of questions of justice--a rarity in contemporary moral and political philosophy. James P. Sterba argues that a minimal notion of rationality requires morality, and that a minimal libertarian morality requires the welfare and equal opportunity endorsed by welfare liberals and the equality endorsed by socialists, as well as a full feminist agenda. Feminist, racial, homosexual, and multicultural justice are also shown to be mutually supporting. The author further shows the compatibility between anthropocentric and biocentric environmental ethics, as between just war and pacifist theories. Finally, he spells out when normal politics, legal protest, civil disobedience, revolutionary action, and criminal disobedience are morally permitted by justice for here and now. This highly original and potentially controversial book is ideal for courses in moral and political philosophy, applied ethics, women's studies, environmental studies, and peace studies.

1. Introduction: a peacemaking way of doing philosophy; 2. From rationality to morality; 3. From liberty to equality; 4. From equality to feminism; 5. From feminism to multiculturalism; 6. From anthropocentrism to nonanthropocentrism; 7. From just war theory to Pacifism; 8. Conclusion: Justice for here and now.

' ... has something constructive to say on a wide range of issues: libertarianism, feminism, anthropocentrism, multiculturalism and pacifism, among others.' The Philosophical Quarterly