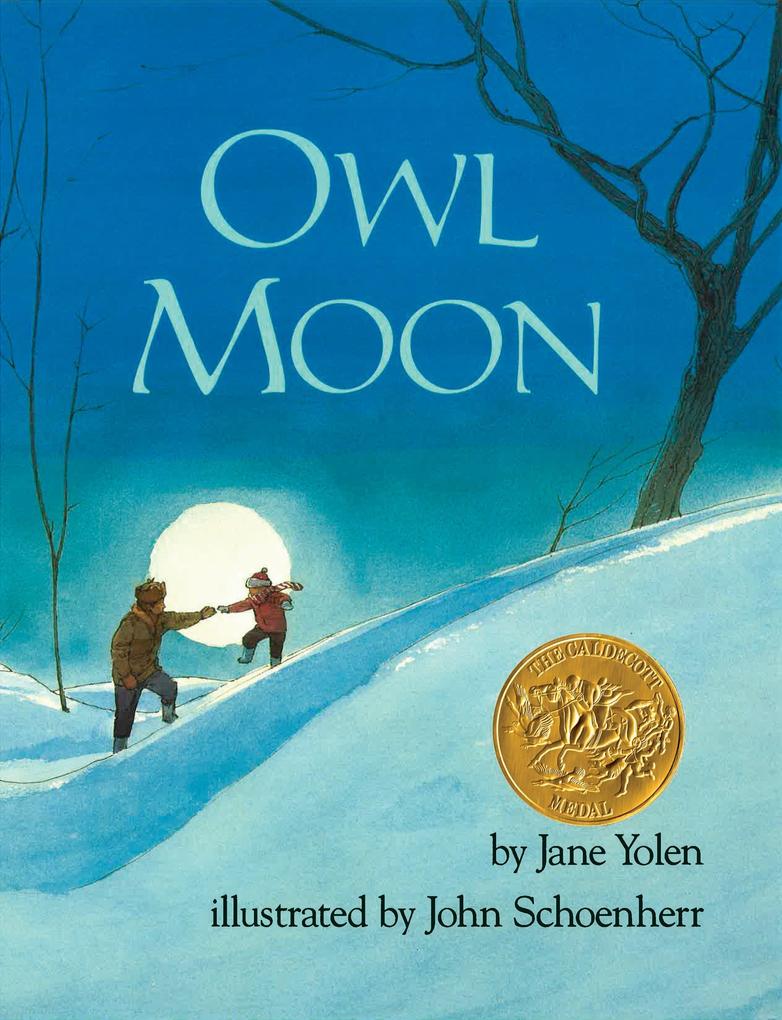 Late one winter night a little girl and her father go owling. The trees stand still as statue … weiterlesen

Late one winter night a little girl and her father go owling. The trees stand still as statues and the world is silent as a dream. Whoo-whoo-whoo, the father calls to the mysterious nighttime bird.

But there is no answer.

Distinguished author Jane Yolen has created a gentle, poetic story that lovingly depicts the special companionship of a young child and her father as well as humankind's close relatiohship to the natural world. Wonderfully complemented by John Schoenherr's soft, exquisite watercolor illustrations, this is a verbal and visual treasure, perfect for reading alound and sharing at bedtime.

Born and raised in New York City, Jane Yolen now lives in Hatfield, Massachusetts. She attended Smith College and received her master's degree in education from the University of Massachusetts. The distinguished author of more than 170 books, Jane Yolen is a person of many talents. When she is not writing, Yolen composes songs, is a professional storyteller on the stage, and is the busy wife of a university professor, the mother of three grown children, and a grandmother.Active in several organizations, Yolen has been on the Board of Directors of the Society of Children's Book Writers and Illustrators, was president of the Science Fiction Writers of America from 1986 to 1988, is on the editorial board of several magazines, and was a founding member of the Western New England Storytellers Guild, the Western Massachusetts Illustrators Guild, and the Bay State Writers Guild. For twenty years, she ran a monthly writer's workshop for new children's book authors. In 1980, when Yolen was awarded an honorary Doctor of Law degree by Our Lady of the Elms College in Chicopee, Massachusetts, the citation recognized that "throughout her writing career she has remained true to her primary source of inspiration--folk culture." Folklore is the "perfect second skin," writes Yolen. "From under its hide, we can see all the shimmering, shadowy uncertainties of the world." Folklore, she believes, is the universal human language, a language that children instinctively feel in their hearts.All of Yolen's stories and poems are somehow rooted in her sense of family and self. The Emperor and the Kite, which was a Caldecott Honor Book in 1983 for its intricate papercut illustrations by Ed Young, was based on Yolen's relationship with her late father, who was an international kite-flying champion. Owl Moon, winner of the 1988 Caldecott Medal for John Schoenherr's exquisite watercolors, was inspired by her husband's interest in birding.Yolen's graceful rhythms and outrageous rhymes have been gathered in numerous collections. She has earned many awards over the years: the Regina Medal, the Kerlan Award, the World Fantasy Award, the Society of Children's Book Writers Award, the Mythopoetic Society's Aslan Award, the Christopher Medal, the Boy's Club Jr. Book Award, the Garden State Children's Book Award, the Daedalus Award, a number of Parents' Choice Magazine Awards, and many more. Her books and stories have been translated into Japanese, French, Spanish, Chinese, German, Swedish, Norwegian, Danish, Afrikaans, !Xhosa, Portuguese, and Braille.With a versatility that has led her to be called "America's Hans Christian Andersen," Yolen, the child of two writers, is a gifted and natural storyteller. Perhaps the best explanation for her outstanding accomplishments comes from Jane Yolen herself: "I don't care whether the story is real or fantastical. I tell the story that needs to be told."copyright ? 2000 by Penguin Putnam Books for Young Readers. All rights reserved.