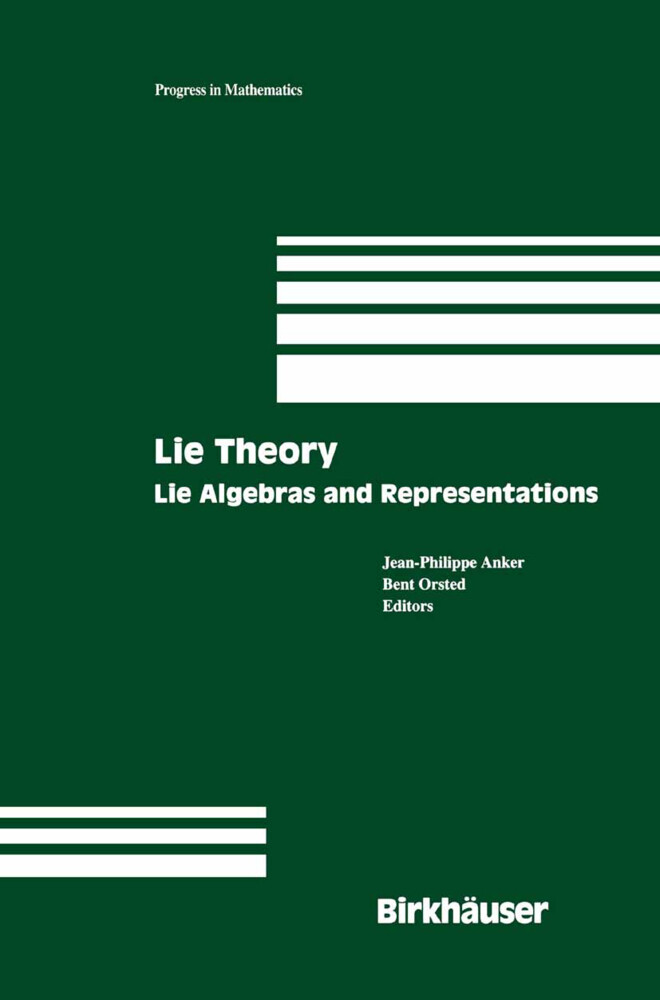 Semisimple Lie groups, and their algebraic analogues over fields other than the reals, are of fundamental importance in geometry, analysis, and mathematical physics. Three independent, self-contained volumes, under the general title "Lie Theory," feature survey work and original results by well-established researchers in key areas of semisimple Lie theory.
A wide spectrum of topics is treated, with emphasis on the interplay between representation theory and the geometry of adjoint orbits for Lie algebras over fields of possibly finite characteristic, as well as for infinite-dimensional Lie algebras. Also covered is unitary representation theory and branching laws for reductive subgroups, an active part of modern representation theory. Finally, there is a thorough discussion of compactifications of symmetric spaces and harmonic analysis through a far-reaching generalization of Harish--Chandra's Plancherel formula for semisimple Lie groups.
Ideal for graduate students and researchers, "Lie Theory" provides a broad, clearly focused examination of semisimple Lie groups and their integral importance to research in many branches of mathematics.

"The references in this volume are extensive (especially for positive characteristic results) and include literature as recent as 2002.

Some of Jantzen's techniques seem to be unmotivated at first, but he rewards the patient reader with background and motivation as he moves through the book, often starting with a simple case in a classical group/algebra and providing motivation by generalizing the situation later. The detailed work is also surprisingly free of logical and typographical errors; Jantzen has been very careful at every turn.

...Neeb's article is a good starting point for learning about the analytic side of the unitary representation theory of infinite-dimensional groups."

"This is the first volume in a series of three on the theory of semisimple Lie groups. It consists of two independent articles, which both are devoted to realtions between representation theory and adjoint or coadjoint orbits." ---Monatshefte für Mathematik