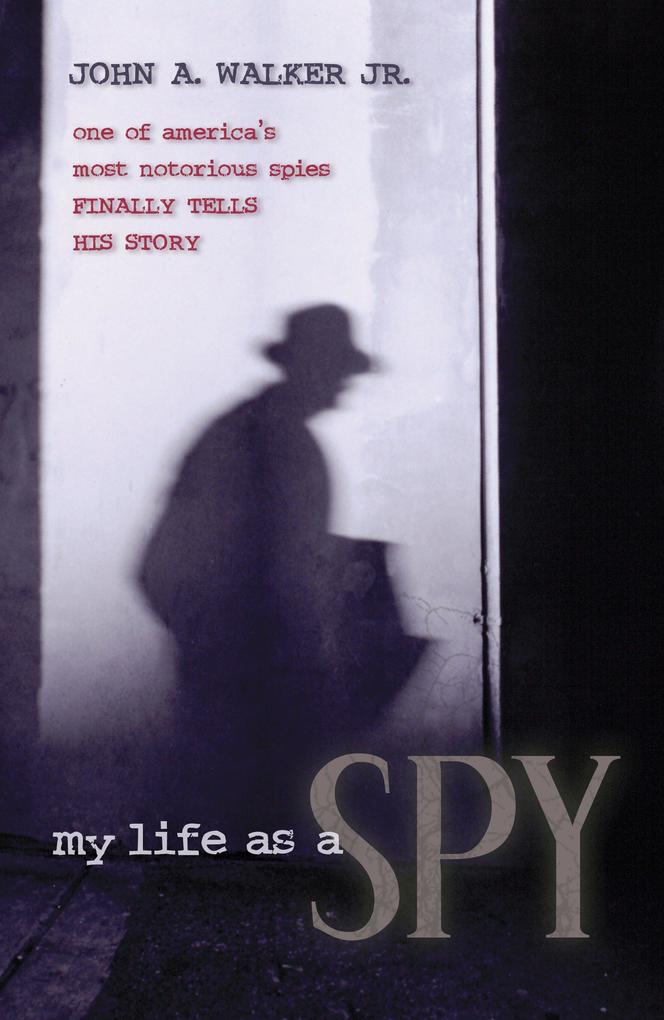 My Life as a Spy: One of America's Most Notorious Spies Finally Tells His Story

von John A., Jr. Walker
Sprache: Englisch.
Buch (gebunden)
John A. Walker Jr. was a Chief Warrant Officer and communications specialist for the US Navy. In 1985, he was arrested for selling classified secrets to the Soviet Union. Upon his arrest it was revealed that he had been acting as a spy from 1968 to 1 … weiterlesen
Geschenk per Mail versenden
Buch (gebunden)

Titel: My Life as a Spy: One of America's Most Notorious Spies Finally Tells His Story
Autor/en: John A. , Jr. Walker

John A. Walker Jr. was a Chief Warrant Officer and communications specialist for the US Navy. In 1985, he was arrested for selling classified secrets to the Soviet Union. Upon his arrest it was revealed that he had been acting as a spy from 1968 to 1985 and that his son, brother, ex-wife, and an acquaintance had also participated in the espionage ring. Altogether, their actions constituted one of the most serious security breaches in US history. In 1990, the New York Times stated, "Mr. Walker provided enough code-data information to alter significantly the balance of power between Russia and the United States."

What motivated a career naval officer to become a spy during the height of the Cold War? Over the years, statements by Walker have been reported in various books, newspapers, and other media outlets, but Walker has never told his own story-till now. Walker has decided to make public a private document that he originally wrote for his children to explain his actions. Among the reasons he gives for publishing this work is the following statement:

"As I grew older, I came to understand that the wars that had taken place during my entire life were just a symptom of a larger national policy. I watched my uncles and aunt go off to World War II, my brother to Korea, and myself to Vietnam, all of which were waged on foundations of lies. Voltaire said that history is a lie agreed upon by historians. How true.

"I cannot classify myself as a visionary or idealist, but just a simple citizen who became angry by the government lies. I did conclude that the US system of government was broken, so I felt justified in breaking some rules in order to help save it.… Why did I feel responsible or qualified to end the pattern of perpetual war? I cannot answer my own questions. But then, my insane stunt seemed to have worked. By the admission of both the US and the USSR, I provided the most extensive intelligence ever to the Soviets. With my material in hand, the Soviet government eventually realized the US planned no attack upon them, so my actions have contributed greatly to the Soviet Union's decision to end the Cold War."

John A. Walker Jr. (Springfield, MO) is currently serving a life sentence for the crime of espionage at the US Medical Center for Federal Prisoners.

"[Walker] justifies his treason through criticism of Cold War American society and includes fascinating details of his actions...His book is suitable for the espionage collections of all libraries." Library Journal, September 15, 2008 "Walker's memoir of his life inside and outside prison is interesting. The espionage not only ruined his life, it also tore apart his family. Although Walker's claim that he is in no small part responsible for the end of the cold war strains cedulity, his account will give readers something to ponder." --ForeWord magazine, Vol. 11, No. 6, November/ December 2008

Schreiben Sie eine Bewertung für: My Life as a Spy: One of America's Most Notorious Spies Finally Tells His Story