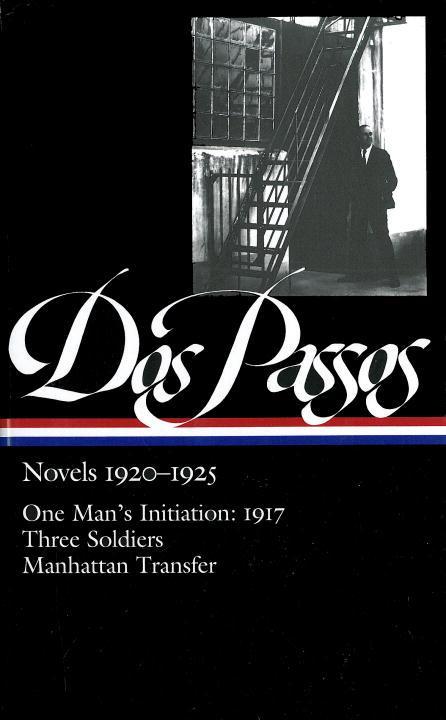 von John Dos Passos, Townsend Ludington
Sprache: Englisch.
Buch (gebunden)
Written in the decade before the publication of his famous U.S.A. trilogy, the three early novels collected in this Library of America volume record the emergence of John Dos Passos as a bold and accomplished chronicler of the upheavals of the early … weiterlesen
Geschenk per Mail versenden
Jetzt nur

Written in the decade before the publication of his famous U.S.A. trilogy, the three early novels collected in this Library of America volume record the emergence of John Dos Passos as a bold and accomplished chronicler of the upheavals of the early 20th century.

Dos Passos drew upon his experiences as a volunteer ambulance driver serving near Verdun in writing One Man's Initiation: 1917 (1920), in which an idealistic young American learns of the fear, uncertainty, and camaraderie of war through his encounters with French soldiers and civilians. The unexpurgated text presented in this edition restores passages censored by the novel's original publisher.

In Three Soldiers (1921) Dos Passos engaged in a deeper exploration of World War I and its psychological impact upon an increasingly fractured civilization. The novel depicts the experiences of Fuselli, a store clerk from San Francisco pathetically eager to win promotion; Chrisfield, an Indiana farmer who comes to hate army discipline; and Andrews, an introspective aspiring composer from New York, as they fight in the final battles of the war and then confront a world in which an illusory peace offers little respite from the dehumanizing servility and regimentation of militarized life.

Dos Passos described Manhattan Transfer (1925), a kaleidoscopic portrait of New York City in the first two decades of the 20th century, as "utterly fantastic and New Yorkish." Drawing on the naturalism of Theodore Dreiser and the modernism of James Joyce, the novel follows the rising and falling fortunes of more than a dozen characters as they move through a bewildering maze of tenements and skyscrapers in which Wall Street speculators, theatrical celebrities, impoverished immigrants, and anarchist rebels all strive to make sense out of the chaos of modern urban existence.

John Dos Passos (1896-1970) was born in Chicago and graduated from Harvard in 1916. His service as an ambulance driver in Europe at the end of World War I led him to write Three Soldiers in 1919, the first in a series of works that established him as one of the most prolific, inventive, and influential American writers of the twentieth century.

Townsend Ludington, volume editor, is Cary C. Boshamer Professor of English and American Studies at the University of North Carolina and author of John Dos Passos: A Twentieth Century Odyssey.