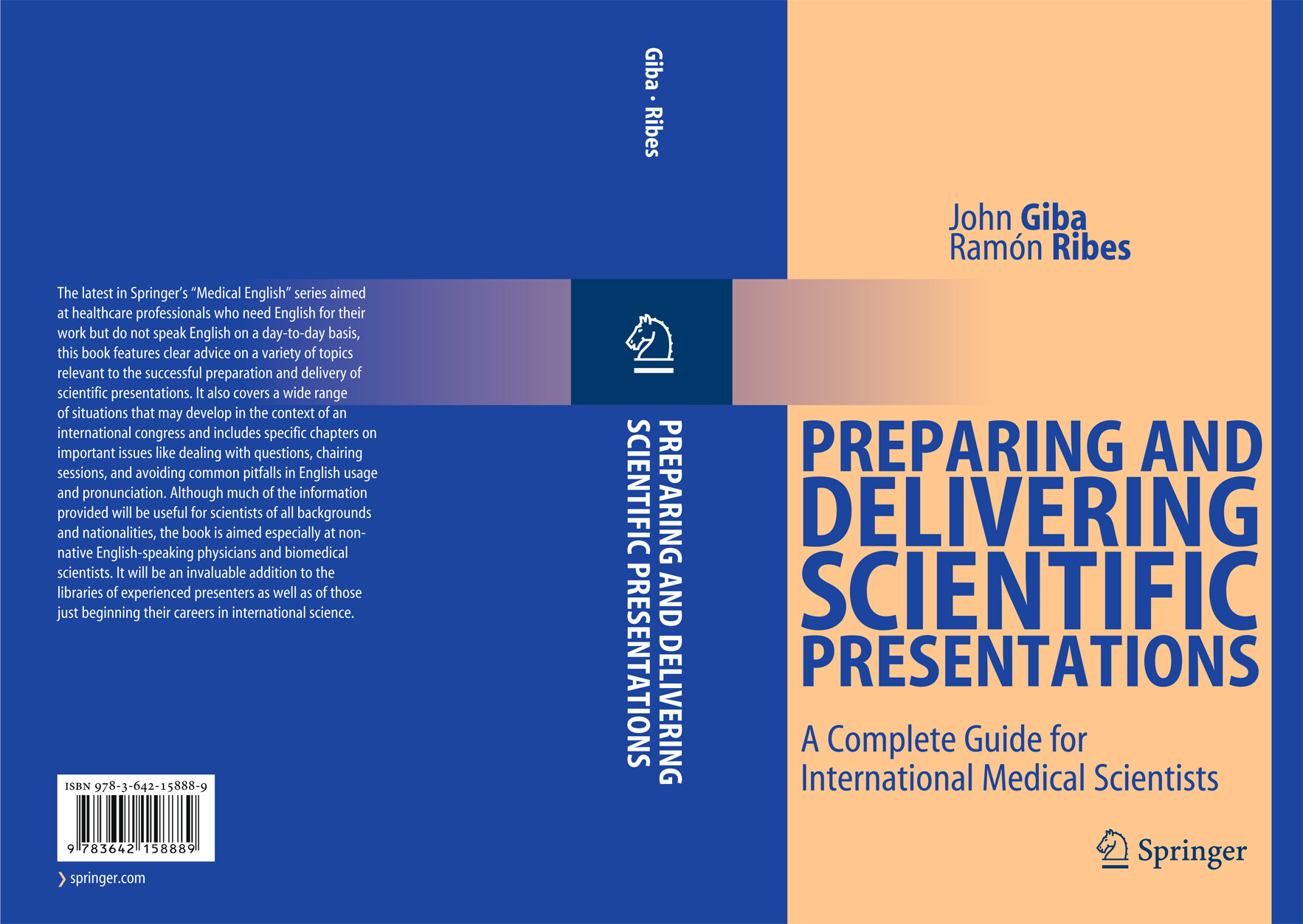 The latest in Springer's "Medical English" series, aimed at health care professionals who need English for their work but do not speak English on a day-to-day basis. Although much of the information provided will be useful for scientists of all backgrounds and nationalities, the book is aimed especially at non-native English-speaking physicians and biomedical scientists. It offers clear advice on a variety of topics relevant to the successful preparation and delivery of scientific presentations. Alongside guidance on the actual preparation and delivery of talks, helpful information is provided on such potential difficulties as dealing with questions, chairing sessions, and use of appropriate English. The book will offer encouragement for those embarking on a career in international science as well as practical advice on how to deal with a wide range of situations that may develop in the context of an international congress.

To Speak or Not to Speak? Ten Questions to Ask Yourself before Agreeing to Give a Presentation.
Preparing a Talk.
Useful Language for Scientific Presentations.
Common Mistakes in English.
Delivering a Talk.
The Dreaded Questions and Comments Section.
Chairing a Session.
Attending an International Scientific Course.
Conversation Survival Guide.-Pronunciation Survival Guide.
Appendices.

John Giba was born in Youngstown, Ohio (USA) in 1960. In 1984 he received a Bachelor of Science degree (magna cum laude) in psychology from the University of Pittsburgh (Pennsylvania, USA). In 1985, he began teaching English in Spain. Working as a freelance translator and scientific writer since 1988, Mr. Giba has collaborated in the publication of over 1000 texts. In the last five years, he has specialized in teaching scientific English to biomedical professionals. Some of the courses and seminars in which he has participated include the Scientific English Module in the framework of a Master s program through the University of Barcelona and the Autonomous University of Barcelona (responsible for course design and implementation 2008, 2009, 2010), Radiological English Course (Barcelona and Madrid), Medical English Course (Girona), and Biomedical English Seminars (Esteve Foundation). He coauthored the book Surgical English with Ramón Ribes and Pedro Aranda (Springer, 2010) and Inglés Médico y Sanitario in Spanish (English for Healthcare Professionals) with Ramón Ribes.(LID, 2010).
Kunden, die diesen Artikel gekauft haben, kauften auch
Schreiben Sie eine Rezension