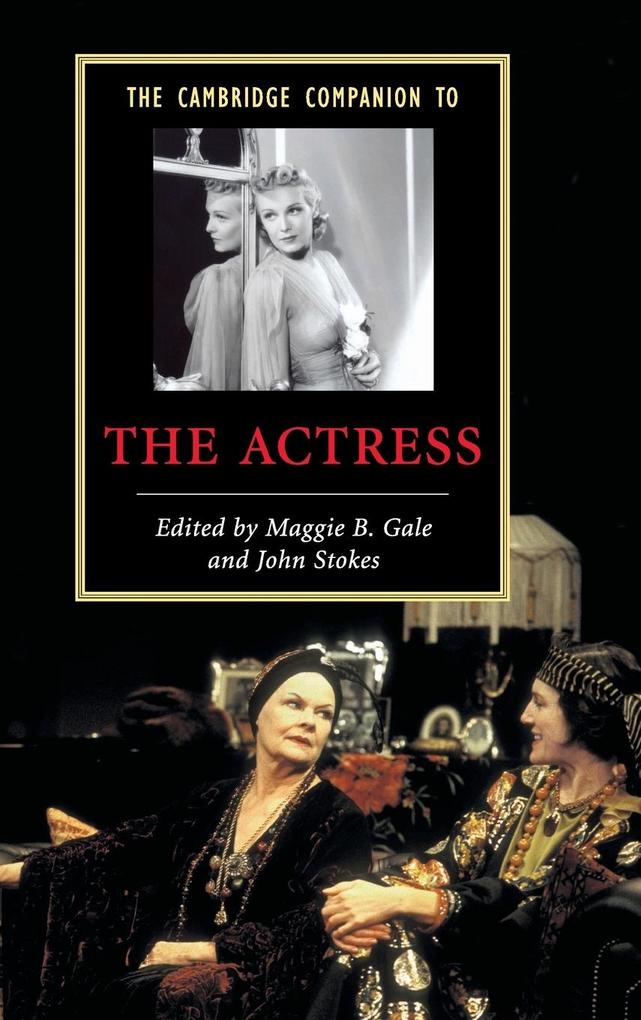 The Cambridge Companion to the Actress

Titel: The Cambridge Companion to the Actress
Autor/en: John Stokes

This Companion brings together sixteen new essays which examine, from various perspectives, the social and cultural role of the actress throughout history and across continents. Each essay focuses on a particular stage in her development, for example professionalism in the seventeenth century; the emergence of the actress/critic during the Romantic period and, later on, of the actress as best selling autobiographer; the coming of the drama schools which led to today's emphasis on the actress as a highly-trained working woman. Chapters consider the image of the actress as a courtesan, as a 'muse', as a representative of the 'ordinary' housewife, and as a political activist. The collection also contains essays on forms, genres and traditions - on cross dressing, solo performance, racial constraints, and recent Shakespeare - as well as on the actress in early photography and on film. Its unique range will fascinate, surprise and instruct theatre-goers and students alike.

Introduction Maggie B. Gale and John Stokes; Part I. Turning Points: 1. Revolution, legislation and autonomy Gilli Bush-Bailey; 2. Spectacle, intellect and authority: the actress in the eighteenth century Elizabeth Eger; 3. Cultural formations: the nineteenth-century touring actress and her international audiences Gail Marshall; 4. The actress as photographic icon: from early photography to early film David Mayer; 5. The actress and the profession: training in England in the twentieth century Lucie Sutherland; 6. 'Out of the ordinary': exercising restraint in the post-war years John Stokes; 7. Icons and labourers: some political actresses Tony Howard; Part II. Professional Opportunities: 8. The actress as manager Jo Robinson; 9. By herself: the actress and autobiography, 1755–1939 Viv Gardner; 10. The screen actress from silence to sound Christine Gledhill; 11. 'Side doors and service elevators': racial constraints for actresses of colour Lynette Goddard; Part III. Genre, Form and Tradition: 12. Mirroring men: the actress in drag Jacky Bratton; 13. 'Studies in hysteria': actress and courtesan, Sarah Bernhardt and Mrs Patrick Campbell Elaine Aston; 14. Beyond the muse: the Spanish actress as collaborator Maria M. Delgado; 15. Going solo: an historical perspective on the actress and the monologue Maggie B. Gale; 16. Changing Shakespeare Penny Gay.

Maggie B. Gale is Chair in Drama at the University of Manchester. John Stokes is Professor of Modern British Literature in the Department of English, King's College London.

'From an impressive group of scholars, the essays are distinguished by a consistent effort to move beyond traditional critical and artistic boundaries and offer original investigations of the actress and the systems, conventions, and communities that contributed to a career.' Theatre Survey