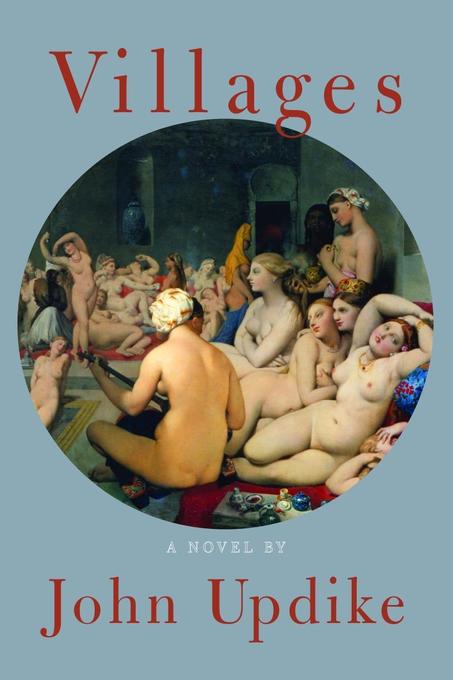 John Updike's twenty-first novel, a bildungsroman, follows its hero, Owen Mackenzie, from his birth in the semi-rural Pennsylvania town of Willow to his retirement in the rather geriatric community of Haskells Crossing, Massachusetts. In between these two settlements comes Middle Falls, Connecticut, where Owen, an early computer programmer, founds with a partner, Ed Mervine, the successful firm of E-O Data, which is housed in an old gun factory on the Chunkaunkabaug River. Owen's education (Bildung) is not merely technical but liberal, as the humanity of his three villages, especially that of their female citizens, works to disengage him from his youthful innocence. As a child he early felt an abyss of calamity beneath the sunny surface quotidian, yet also had a dreamlike sense of leading a charmed existence. The women of his life, including his wives, Phyllis and Julia, shed what light they can. At one juncture he reflects, "How lovely she is, naked in the dark! How little men deserve the beauty and mercy of women!” His life as a sexual being merges with the communal shelter of villages: "A village is woven of secrets, of truths better left unstated, of houses with less window than opaque wall.”

This delightful, witty, passionate novel runs from the Depression era to the early twenty-first century.

John Updike was born in 1932, in Shillington, Pennsylvania. He graduated from Harvard College in 1954 and spent a year in Oxford, England, at the Ruskin School of Drawing and Fine Art. From 1955 to 1957 he was a member of the staff of The New Yorker and since 1957 has lived in Massachusetts. He is the father of four children and the author of more than fifty books, including collections of short stories, poems, and criticism. His novels have won the Pulitzer Prize, the National Book Award, the American Book Award, the National Book Critics Circle Award, the Rosenthal Award, and the Howells Medal.