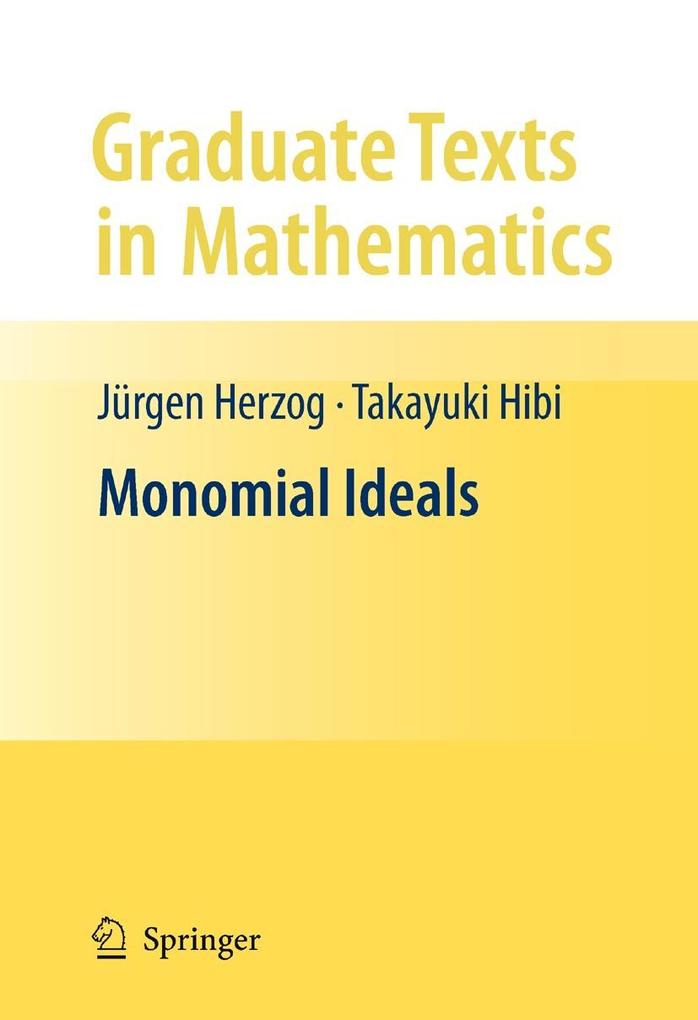 This book demonstrates current trends in research on combinatorial and computational commutative algebra with a primary emphasis on topics related to monomial ideals.Providing a useful and quick introduction to areas of research spanning these fields, Monomial Ideals is split into three parts. Part I offers a quick introduction to the modern theory of Gröbner bases as well as the detailed study of generic initial ideals. Part II supplies Hilbert functions and resolutions and some of the combinatorics related to monomial ideals including the Kruskal Katona theorem and algebraic aspects of Alexander duality. Part III discusses combinatorial applications of monomial ideals, providing a valuable overview of some of the central trends in algebraic combinatorics. Main subjects include edge ideals of finite graphs, powers of ideals, algebraic shifting theory and an introduction to discrete polymatroids. Theory is complemented by a number of examples and exercises throughout, bringing the reader to a deeper understanding of concepts explored within the text.Self-contained and concise, this book will appeal to a wide range of readers, including PhD students on advanced courses, experienced researchers, and combinatorialists and non-specialists with a basic knowledge of commutative algebra.Since their first meeting in 1985, Juergen Herzog (Universität Duisburg-Essen, Germany) and Takayuki Hibi (Osaka University, Japan), have worked together on a number of research projects, of which recent results are presented in this monograph.

From the reviews:
"The authors ... who themselves have played an important, often crucial, role in recent developments of the subject, make an ideal co-author pairing for composing a book with such a comprehensive choice of material, including the latest achievements. It should serve as a useful resource for researchers in both commutative algebra and combinatorics. ... The presentation of the material is distinctive for its clarity and elegant style. ... The text can serve nicely as a basis for a couple of graduate courses in two semesters." (Rahim Zaare-Nahandi, Mathematical Reviews, Issue 2011 k)
Kunden, die diesen Artikel gekauft haben, kauften auch