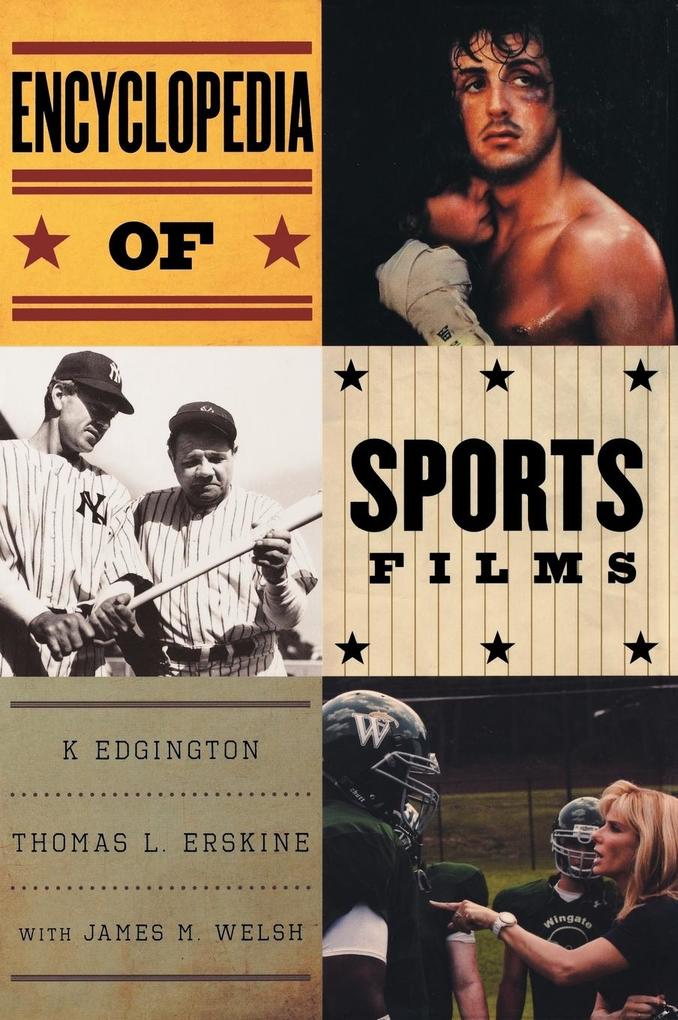 Whether chronicling an athlete's rise, fall, and redemption or following a team's improbable triumph on the field, sports have been a favorite theme of filmmakers almost since movies were first produced. And whether focusing on soccer (Bend It Like Beckham), boxing (Rocky and its sequels), hockey (Slap Shot), baseball (Bull Durham), football (The Longest Yard), basketball (Hoosiers), cycling (Breaking Away), or tennis (Wimbledon), such films capture the competition and thrill of sport. All major films with a primary focus on athletic endeavor are contained in Encyclopedia of Sports Films. In this volume, more than 200 fictional feature-length movies released between 1925 and 2010 are described, including comedies, dramas, and biopics. While the focus is on Hollywood productions, independent films and foreign releases are also represented. Though boxing and baseball films have tended to dominate the genre, many other sports are also included here, including skiing, curling, and cricket.

Arranged alphabetically by title, each main entry contains a synopsis of the film, principal production information, and a critical analysis. In addition to the main entries, credits and brief descriptions for more than 200 films are also provided. DVD and VHS distributors are included, if available. Appendixes include made-for-television movies, documentaries, and films based on or inspired by true events and persons. For teachers who wish to incorporate films into their lesson plans, as well as librarians ordering titles for their patrons, Encyclopedia of Sports Films will be a valuable resource.