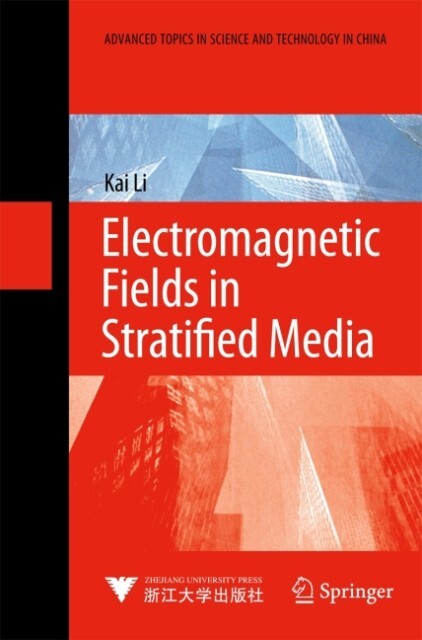 "Electromagnetic Fields in Stratified Media" deals with an important branch of electromagnetic theory, which has many useful applications in subsurface communication, radar, and geophysical prospecting and diagnostics. The book introduces to the electromagnetic theory and wave propagation in complex media, while presenting detailed models for various media: 3, 4, N-layered media, boundary conditions, and anisotropic media. In particular, the complete solutions for a trapped surface wave and lateral wave in a three- or four-layered region, the complete solutions for low frequency wave propagation over a spherical surface coated with a dielectric layer, and the transient field of a horizontal dipole in the boundary layer of two different media are presented. The book is designed for the scientists and engineers engaged in antennas and propagation, EM theory and applications. Dr. Kai Li is Professor at Zhejiang University.

From the reviews:
"This book extensively covers the analytical calculation procedure of the EM field of a dipole located in a stratified environment. - In summary, the book is interesting for people with much interest in the details of advanced analytical electromagnetic treatments. It is essentially a summary of the well-known works on the propagation of electromagnetic waves along surfaces - ." (Pascal Leuchtmann, The Radio Science Bulletin, Issue 331, December, 2009)
"This book is an introduction to electromagnetic theory and wave propagation in complex media. At the same time, it presents detailed models for various specific cases, including multilayered media and anisotropic media. - The book is designed for researchers working on antennas and propagation." (Mathematical Reviews, Issue 2012 f)