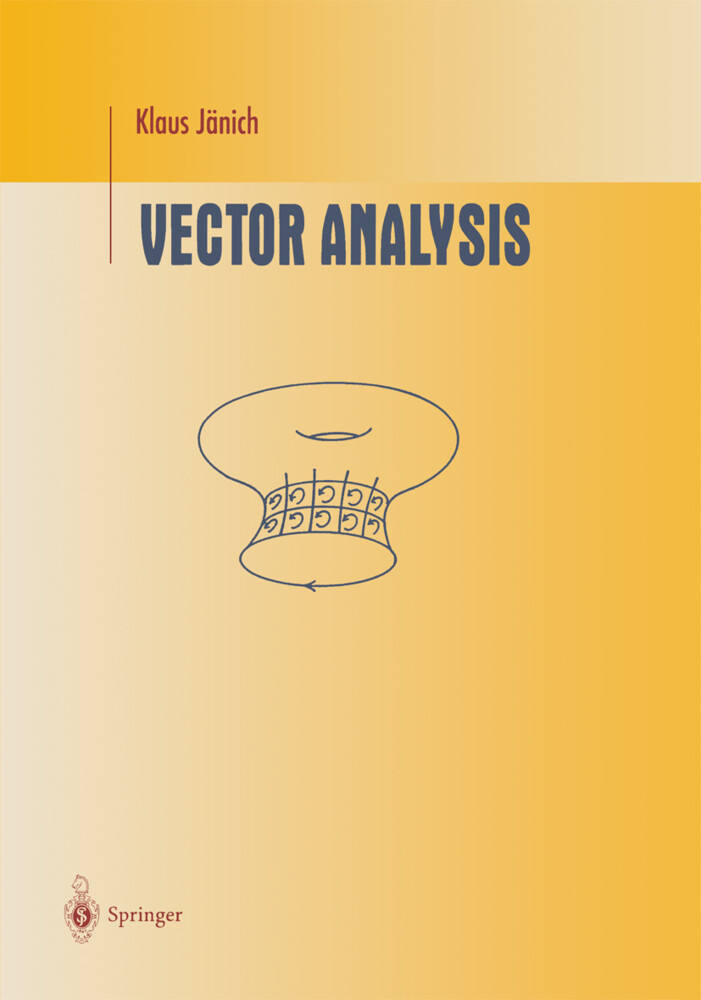 Classical vector analysis deals with vector fields; the gradient, divergence, and curl operators; line, surface, and volume integrals; and the integral theorems of Gauss, Stokes, and Green. Modern vector analysis distills these into the Cartan calculus and a general form of Stokes' theorem. This essentially modern text carefully develops vector analysis on manifolds and reinterprets it from the classical viewpoint (and with the classical notation) for three-dimensional Euclidean space, then goes on to introduce de Rham cohomology and Hodge theory. The material is accessible to an undergraduate student with calculus, linear algebra, and some topology as prerequisites. The many figures, exercises with detailed hints, and tests with answers make this book particularly suitable for anyone studying the subject independently.

From the reviews:"The present book is a marvelous introduction in the modern theory of manifolds and differential forms. The undergraduate student can closely examine tangent spaces, basic concepts of differential forms, integration on manifolds, Stokes theorem, de Rham-cohomology theorem, differential forms on Riemannian manifolds, elements of the theory of differential equations on manifolds (Laplace-Beltrami operators). Every chapter contains useful exercises for the students." ZENTRALBLATT MATH"Within the ambit of the MMath there is increasing need for good source material for reading courses in the 4th year. This is just such a source. It is extremely well written. The exercises are well thought out and, for instance, each chapter ends with a section that discusses rather than solves the exercises. It is very user friendly ... . The book is quite well priced and is one to consider seriously for library purchase. ... I enjoyed working my way through it immensely." (Tim Porter, The Mathematical Gazette, Vol. 86 (506), 2002)"'Vector analysis' or 'vector calculus,' as it is sometimes known, is one of the most fascinating subjects in the undergraduate mathematics curriculum. It also is one of the subjects that has the largest number of dramatically different incarnations. ... Klaus Jänich's Vector Analysis is about differential manifolds, differential forms, and integration on manifolds. The approach is quite sophisticated, but the author does try to be more helpful to readers than the typical advanced mathematics text." (MAA online, Mathematical Association of America, November, 2004)"This is a text on calculus on manifolds ... for readers who know only the calculus of several variables ... . each chapter contains tests and exercises. The exercises are well selected and enhance the description of the text, but one of the special features of this book is the tests. They are in marksheet style. Each problem is easy but appropriate to test the understanding of the reader, so this makes the book suitable for anyone studying the subject independently." (Akira Asada, Mathematical Reviews, Issue 2001 m)"This book is very easily accessible and self contained, clearly recalling at various points the facts from linear algebra which are needed in the progress. This does not mean, though, that we are dealing with a low-aiming text, on the contrary: a big effort is made to let the reader catch a glimpse of the way mathematical results are achieved. ... Moreover, the author constantly tries to make the less vigilant reader aware of possible subtle difficulties or not completely straightforward conclusions." (F. Pasquotto, Nieuw Archief voor Wiskunde, Vol. 4 (3), 2003)"When and how to introduce students to surface integration ... is difficult to answer. ... This book offers a very nice description of the basic conceptual tools needed to explain these topics to mathematics students ... . A nice feature is that it contains many figures (making easier an intuitive understanding of the treated topics), exercises with hints, and tests with answers. ... It is certainly one of the best books in the field and can be strongly recommended for a general mathematical audience." (European Mathematical Society Newsletter, June, 2002)"The author ties together different approaches to the tangent space of a manifold coming from germs of real-valued functions, smooth curves, and that commonly adopted in physics literature based on Ricci calculus. This enables the reader to move between sources with little difficulty. Each chapter contains a test consisting of multiple-choice questions. The answers are provided and the reader is warned that some of the questions are so obviously simple that a healthy scare will result when they prove not to be so." (Nigel Steele, Times Higher Education Supplement, November, 2002)"This essentially modern text carefully develops vector analysis on manifolds, reinterprets it from the classical viewpoint (and
Kunden, die diesen Artikel gekauft haben, kauften auch