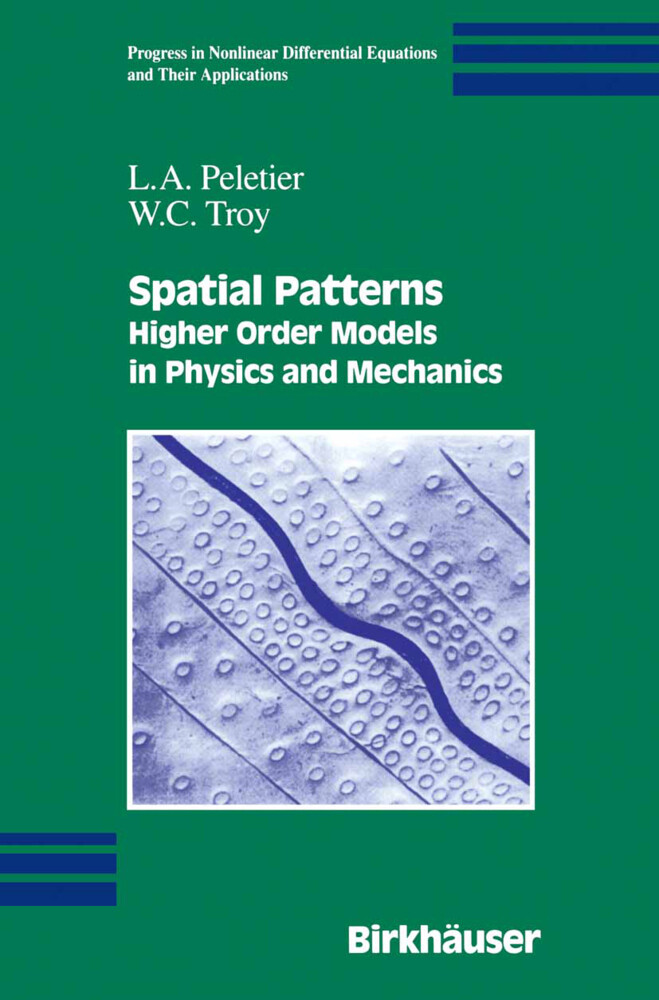 The study of spatial patterns in extended systems, and their evolution with time, poses challenging questions for physicists and mathematicians alike. Waves on water, pulses in optical fibers, periodic structures in alloys, folds in rock formations, and cloud patterns in the sky: patterns are omnipresent in the world around us. Their variety and complexity make them a rich area of study. In the study of these phenomena an important role is played by well-chosen model equations, which are often simpler than the full equations describing the physical or biological system, but still capture its essential features. Through a thorough analysis of these model equations one hopes to glean a better under­ standing of the underlying mechanisms that are responsible for the formation and evolution of complex patterns. Classical model equations have typically been second-order partial differential equations. As an example we mention the widely studied Fisher-Kolmogorov or Allen-Cahn equation, originally proposed in 1937 as a model for the interaction of dispersal and fitness in biological populations. As another example we mention the Burgers equation, proposed in 1939 to study the interaction of diffusion and nonlinear convection in an attempt to understand the phenomenon of turbulence. Both of these are nonlinear second-order diffusion equations.

"The book is on the one hand written for mathematicians and mathematical physicists, who want to learn about this fascinating subject, and on the other hand also accessible to graduate students. One finds a large amount of exercises and open problems that can serve as a starting point for further research . . . The authors have produced a well-written book, which gives a good picture of what is known about the canonical equation."
-Quantum Information and Computation
"The book is very well written in a very clear and readable style, which makes it accessible to a nonspecialist or graduate student. There are a large number of exercises, which fill in details of proofs or provide illuminating examples or straightforward generalisations as well as a good number of open problems. There are also a large number of numerically computed graphs of branching curves and bifurcation curves throughout the book, which provide insights into the mathematically formulated results. The book is a valuable contribution to the literature, for both the specialist and the nonspecialist reader."
-Mathematical Reviews