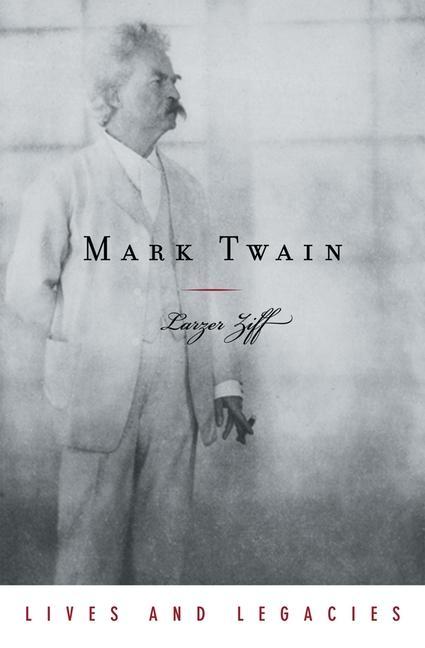 von Larzer (Catoline Donovan Professor, Catoline Donovan Professor, Johns Hopkins Un (…)
2 halftones. Sprache: Englisch.
Buch (gebunden)
Mark Twain is one of the first volumes in the Lives and Legacies series on notable figures. Ziff considers Twain's career and his works in the context of the literary and social culture of his time and his own ambiguous attitude towards his fame as a … weiterlesen
Dieser Artikel ist auch verfügbar als:
Geschenk per Mail versenden
Buch (gebunden)

Part of the Lives and Legacies series, this volume is a marvelous, compact introduction to the life and legacy of Mark Twain.

Larzer Ziff is Research Professor at Johns Hopkins University. He is the author of six books on American literary culture, including The American 1890s, which won the Christian Gauss Award, and he is the editor of works by Emerson, Thoreau, Stephen Crane, Melville, Hawthorne, and Dreiser. He is a member of the American Academy of Arts and Sciences.

"Larzer Ziff has a critical method, the one recommended by T.S. Eliot, that of being very intelligent. He employs it again in his new book, a 'brief life' of Mark Twain. It is a web of perceptions, constructed with notable verve; no self-indulgence, no fuss, one act of cognition leading firmly but not aggressively to the next. There is enough detail to keep the story moving along and the critical assessments at every moment justified. A continuously vivid book, unfailingly just to its complex subject. Splendidly written, as one has many reasons to expect of its author. A sentence by Ziff is worth more than a paragraph by most other scholar-critics. 'Tom Sawyer is a memory; Huckleberry Finn a recognition.' That's worth making a note of, and is typical of Ziff's command, a style without waste." -Denis Donoghue, University Professor and Henry James Chair of English and American Letters at New York University
Kunden, die diesen Artikel gekauft haben, kauften auch