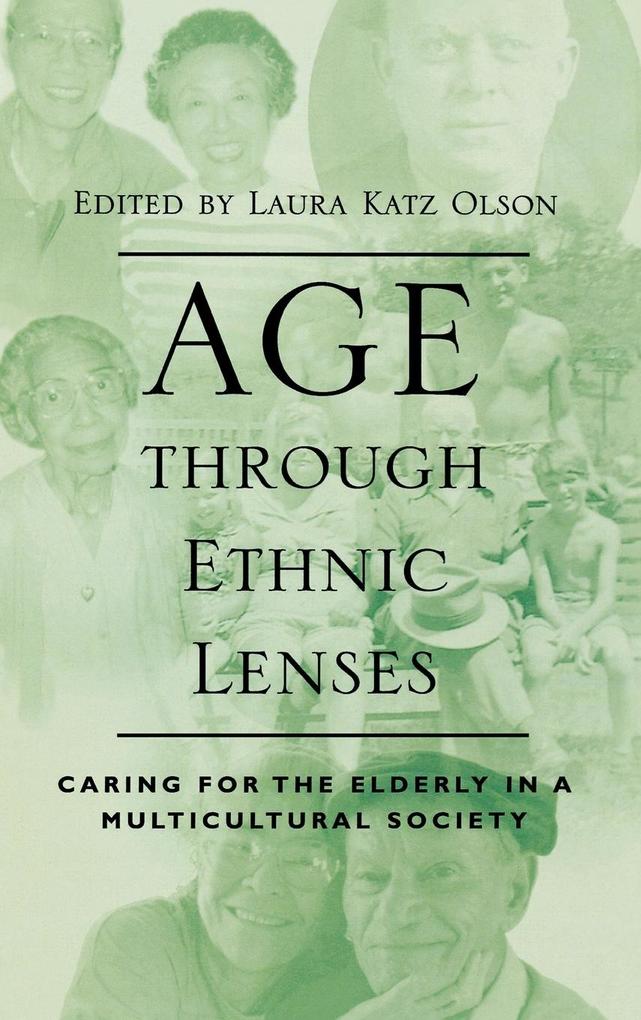 An ever-more diverse America is getting older, but American policies are not growing with the needs of our ethnic and aging society. Age Through Ethnic Lenses explores the distinct characteristics and unique social, political, economic, and cultural situations of America's aged, while highlighting the common needs and objectives among all aging Americans. With portraits of Asians, Latinos, individuals of European and African origins, Native Americans, Socio-religious groups, women, gay men and women, and the rural aged, this book broadens our perspective on the issues of long-term care, and provides a valuable guide for future public policy as we enter the twenty-first century.

A valuable resource for gerontological researchers and practitioners alike, for it is truly multicultural and contains a wealth of information and well thought out public policy considerations. CHOICE This book is a valuable resource for academicians, researchers, and service professionals, and policy-makers. It provides insights and perspectives that take us away from viewing ageing and elderly care in monolithic or homogenous ways. -- Essie Manuel Rutledge, Western Illinois University Recommended to all those readers who are interested in learning more about other cultures but may not know where to begin. Journal Of Gerontological Social Work The editor and her colleagues offer us a book of the new millennium in which the United States has clearly become a mosaic of diverse cultures and a country with major immigrant inflows. This early in the twenty-first century it is hard to predict how all aspects of American culture, including attitudes and care provided to older persons, will be affected by these new, diverse ethnic cultures. Thankfully, Age through Ethnic Lenses increases our consciousness of the current requirements of these groups and possible programs and policies to meet them. -- Donald E. Gelfand, Wayne State University