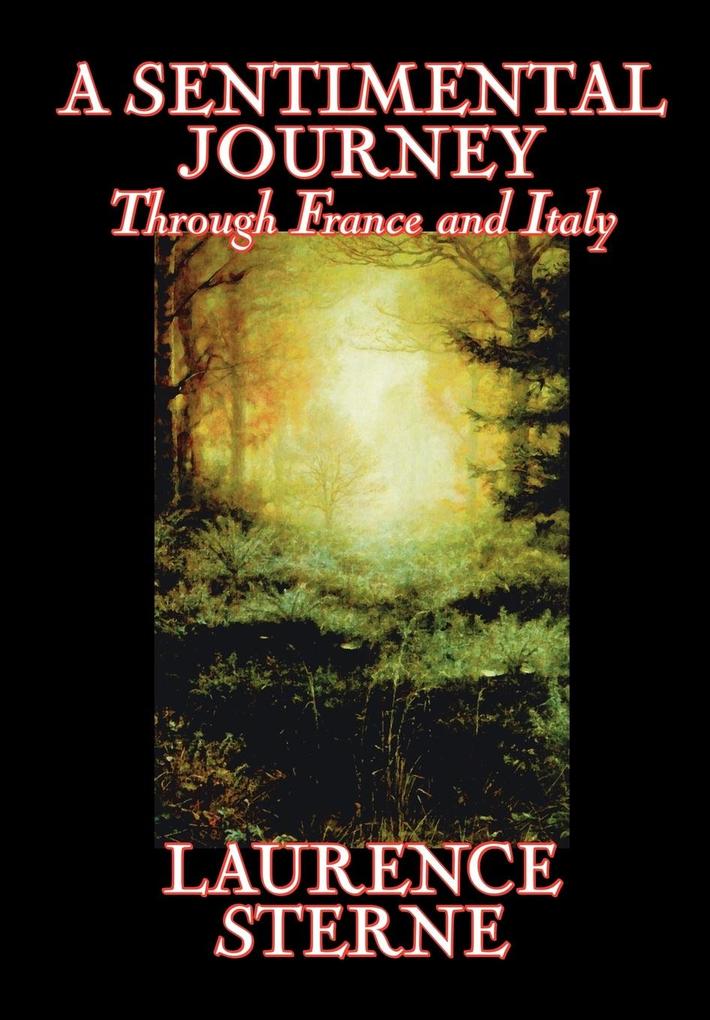 A Sentimental Journey Through France and Italy by Laurence Sterne, Fiction, Literary, Political

CALAIS
When I had fished my dinner and drank the King of France's health, to satisfy my mind that I bore him no spleen, but, on the … weiterlesen
Dieser Artikel ist auch verfügbar als:
Geschenk per Mail versenden
Buch (gebunden)


CALAIS
When I had fished my dinner and drank the King of France's health, to satisfy my mind that I bore him no spleen, but, on the contrary, high honor for the humanity of his temper, -- I rose up an inch taller for the accommodation.
-- No -- said I -- the Bourbon is by no means a cruel race: they may be misled, like other people; but there is a mildness in their blood. As I acknowledged this, I felt a suffusion of a finer kind upon my cheek -- more warm and friendly to man, than what Burgundy (at least of two livres a bottle, which was such as I had been drinking) could have produced.
-- Just God! said I, kicking my portmanteau aside, what is there in this world's goods which should sharpen our spirits and make so many kind-hearted brethren of us fall out so cruelly as we do by the way?

Laurence Sterne (1713 - 1768) was an Irish novelist and an Anglican clergyman. He wrote the novels The Life and Opinions of Tristram Shandy, Gentleman and A Sentimental Journey Through France and Italy and also published many sermons, wrote memoirs and was involved in local politics. The publication of Tristram Shandy made Sterne famous in London and on the continent. He was delighted by the attention, famously saying "I wrote not [to] be fed but to be famous." He spent part of each year in London, being fêted as new volumes appeared. Even after the publication of volumes three and four of Tristram Shandy, his love of attention (especially as related to financial success) remained undiminished. In one letter, he wrote "One half of the town abuse my book as bitterly, as the other half cry it up to the skies-the best is, they abuse it and buy it and at such a rate, that we are going on with a second edition, as fast as possible." Indeed, Baron Fauconberg rewarded Sterne by appointing him as the perpetual curate of Coxwold, North Yorkshire.