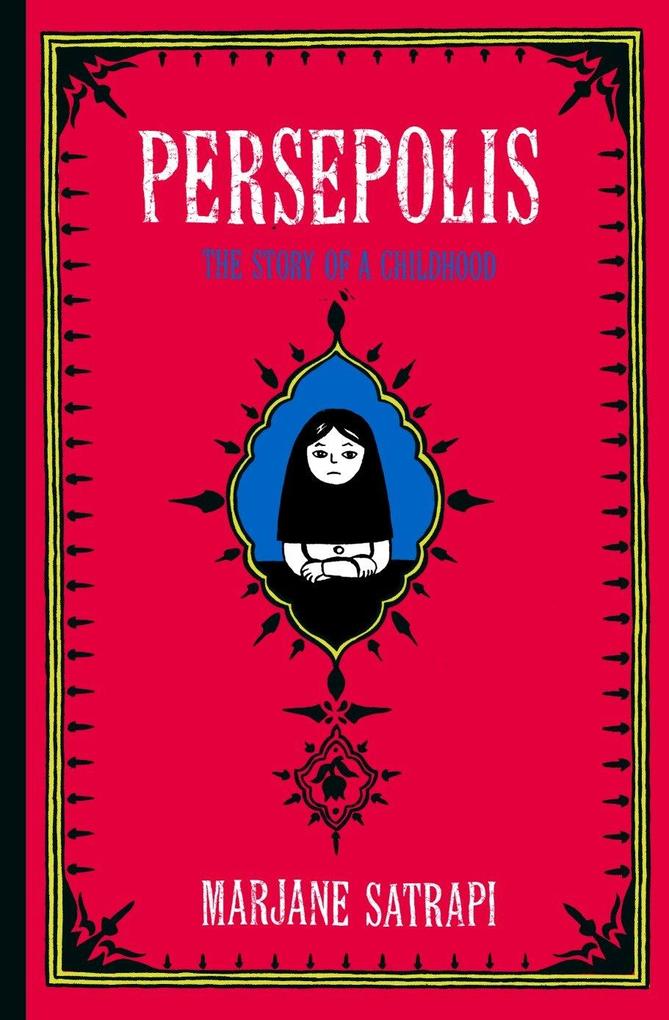 Persepolis: The Story of a Childhood

Titel: Persepolis: The Story of a Childhood
Autor/en: Marjane Satrapi

Originally published to wide critical acclaim in France, where it elicited comparisons to Art Spiegelman's Maus, Persepolis is Marjane Satrapi's wise, funny, and heartbreaking memoir of growing up in Iran during the Islamic Revolution. In powerful black-and-white comic strip images, Satrapi tells the story of her life in Tehran from ages six to fourteen, years that saw the overthrow of the Shah's regime, the triumph of the Islamic Revolution, and the devastating effects of war with Iraq. The intelligent and outspoken only child of committed Marxists and the great-granddaughter of one of Iran's last emperors, Marjane bears witness to a childhood uniquely entwined with the history of her country.

Persepolis paints an unforgettable portrait of daily life in Iran: of the bewildering contradictions between home life and public life and of the enormous toll repressive regimes exact on the individual spirit. Marjane's child's-eye-view of dethroned emperors, state-sanctioned whippings, and heroes of the revolution allows us to learn as she does the history of this fascinating country and of her own extraordinary family. Intensely personal, profoundly political, and wholly original, Persepolis is at once a story of growing up and a stunning reminder of the human cost of war and political repression. It shows how we carry on, through laughter and tears, in the face of absurdity. And, finally, it introduces us to an irresistible little girl with whom we cannot help but fall in love.

Marjane Satrapi was born in 1969 in Rasht, Iran. She grew up in Tehran, where she studied at the Lycée Français before leaving for Vienna and then going to Strasbourg to study illustration. She currently lives in Paris, where she is at work on the sequel to Persepolis and where her illustrations appear regularly in newspapers and magazines. She is also the author of several children's books.

A stunning graphic memoir hailed as a wholly original achievement in the form. There s still a startling freshness to the book. It won t age. In inky shadows and simple, expressive lines reminiscent of Ludwig Bemelmans s Madeline Satrapi evokes herself and her schoolmates coming of age in a world of protests and disappearances . . . A stark, shocking impact.    Parul Sehgal, The 50 Best Memoirs of the Past 50 Years The New York Times

A dazzlingly singular achievement. . . . Striking a perfect balance between the fantasies and neighborhood conspiracies of childhood and the mounting lunacy of Khomeini's reign, she's like the Persian love child of Spiegelman and Lynda Barry. Salon

A brilliant and unusual graphic memoir. . . . [Told] in a guileless voice . . . accompanied by a series of black-and-white drawings that dramatically illustrate how a repressive regime deforms ordinary lives. Vogue

"Odds are, you ll be too busy being entertained to realize how much you ve learned until you turn the last page. Elle.com

[A] self-portrait of the artist as a young girl, rendered in graceful black-and-white comics that apply a childlike sensibility to the bleak lowlights of recent Iranian history. . . . [Her] style is powerful; it persuasively communicates confusion and horror through the eyes of a precocious preteen. Village Voice

" This is an excellent comic book, that deserves a place with Joe Sacco and even Art Spiegelman. In her bold black and white panels, Satrapi eloquently reasserts the moral bankruptcy of all political dogma and religious conformity; how it bullies, how it murders, and how it may always be ridiculed by individual rebellions of the spirit and the intellect." --Zadie Smith, author of The Autograph Man and White Teeth

"You've never seen anything like Persepolis the intimacy of a memoir, the irresistability of a comic book, and the political depth of a the conflict between fundamentalism and democracy. Marjane Satrapi may have given us a new genre."
--Gloria Steinem

I grew up reading the Mexican comics of Gabriel Vargas, graduated to the political teachings of Rius, fell under the spell of Linda Barry, Art Spiegelman, and now I am a fan of Marjane Satrapi. Her stories thrummed in my heart for days. Persepolis is part history book, part Scheherazade, astonishing as only true stories can be. I learned much about the history of Iran, but more importantly, it gave me hope for humanity in these unkind times.
Sandra Cisneros, author of The House on Mango Street and Caramelo

I thought [Persepolis] was a superb piece of work, not only for the child's eye view the developing child's eye view of a society unknown to many of us in the west, and feared and suspected in proportion to being unknown.... Satrap has found a way of depicting human beings that is both simple and immediately comprehensible, AND is almost infinitely flexible. Anyone who's tried to draw a simplified version of a human face knows how immensely difficult it is not only to give the faces a range of expression, but also to maintain identities from one frame to the next. It's an enormous technical accomplishment."
--Philip Pullman, author of The Golden Compass, The Subtle Knife, and The Amber Spyglass.

"I cannot praise enough Marjane Satrapi's moving account of growing up as a spirited young girl in revolutionary and war-time Iran. Persepolis is disarming and often humorous but ultimately it is shattering."
-- Joe Sacco, author of Palestine and Safe Area Gorazde

This witty, moving and illuminating book demonstrates graphically why the future of Iran lies with neither the clerics nor the American Empire.
--Tariq Ali Author of The Clash of Fundamentalisms: Crusades, Jihads and Modernity

"I found the work immensely moving with depths of nuance and wisdom that one might never expect to find in a comic book. It s a powerful, mysterious, enchanting story that manages to reflect a great swath of Iranian contemporary history within the sensitive, intimate tale of a young girl s coming-of-age. I didn t want it to end!"
Diana Abu-Jaber, Author of Crescent and Arabian Jazz

"A rare and chilling memoir that offers every reader a personal, honest portrait of Iran's recent political and cultural history. Ms. Satrapi's provocative, graphic narrative of life in Iran before and after the Islamic revolution is an extraordinary testament to the level of human suffering experienced by Iranians tossed from one political hypocrisy to another. Aside from the humanistic dimension, the beautifully minimalist Persepolis gives further evidence of Marjane Satrapi's sensitivity and superb skill as an artist."
--Shirin Neshat, visual artist/filmmaker

"Readers who have always wanted to look beyond political headlines and CNN's cliches should plunge into this unique illustrated story. Let Marji be your trusted companion, follow her into the warmth of a Persian home and out along Tehran's turbulent streets during those heady days of revolution. Persepolis opens a rare door to understanding of events that still haunt America, while shining a bright light on the personal humanity and humor so much alive in Iranian families today."
-- Terence Ward, author of Searching for Hassan

Blending the historical with the personal is not an easy task, to blend the individual with the universal is even more challenging. But Marjane Satrapi has succeeded brilliantly. This graphic novel is a reminder of the human spirit that fights oppression and death, it is a witness to something true and lasting which is more affective than hundreds of news broadcasts.
--Hanan al-Shaykh, author of Women of Sand and Myrhh 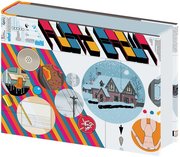 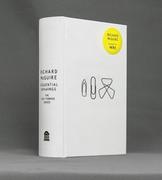