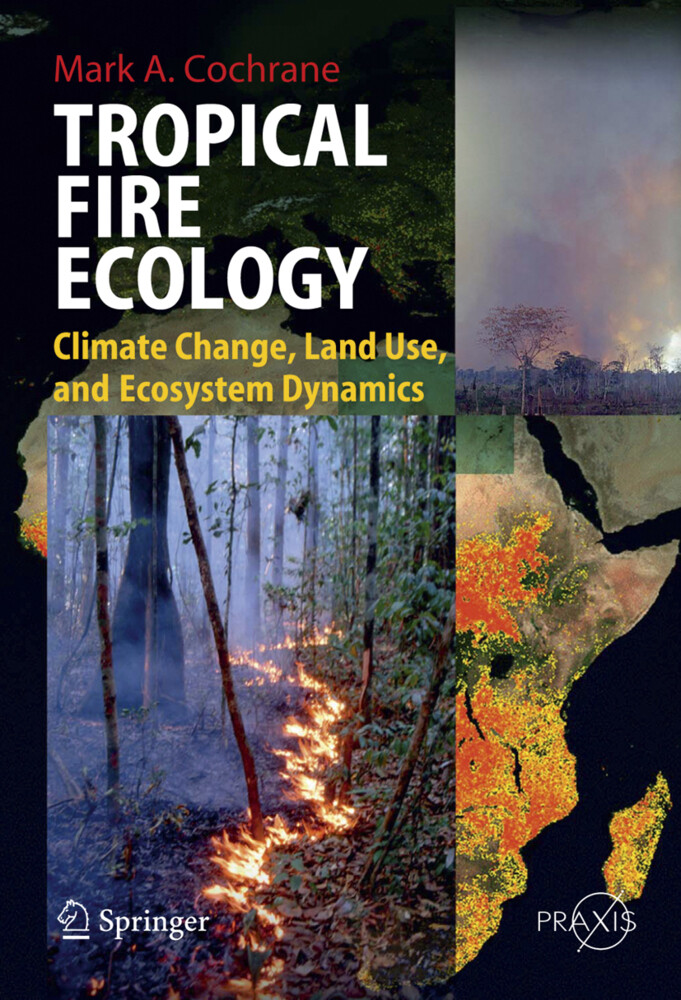 The tropics are home to most of the world's biodiversity and are currently the frontier for human settlement. Tropical ecosystems are being converted to agricultural and other land uses at unprecedented rates. Land conversion and maintenance almost always rely on fire and, because of this, fire is now more prevalent in the tropics than anywhere else on Earth. Despite pervasive fire, human settlement and threatened biodiversity, there is little comprehensive information available on fire and its effects in tropical ecosystems. Tropical deforestation, especially in rainforests, has been widely documented for many years. Forests are cut down and allowed to dry before being burned to remove biomass and release nutrients to grow crops. However, fires do not always stop at the borders of cleared forests. Tremendously damaging fires are increasingly spreading into forests that were never evolutionarily prepared for wild fires. The largest fires on the planet in recent decades have occurred in tropical forests and burned millions of hectares in several countries. The numerous ecosystems of the tropics have differing levels of fire resistance, resilience or dependence. At present, there is little appreciation of the seriousness of the wild fire situation in tropical rainforests but there is even less understanding of the role that fire plays in the ecology of many fire adapted tropical ecosystems, such as savannas, grasslands and other forest types.

Professor Mark A. Cochrane is eminently qualified to explain in detail the historic and current fire situations in the tropics. He is internationally renowned for the documentation of the characteristics, behavior and ecological effects of fire in tropical forests. His research focuses on understanding spatial patterns, interactions and synergisms between the multiple physical and biological factors that affect ecosystems. His recent published work has emphasized human dimensions of land-cover change and the potential for sustainable development and it has been instrumental in the Brazilian government s recent (2003) program to increase its national forest system in the Amazon to 50 million hectares. In current research programs, Professor Cochrane investigates the drivers and effects of disturbance regime changes resulting from various forms of forest degradation, including fire, fragmentation and logging. He is the President of the Association for Fire Ecology of the Tropics (AFET) and has written and edited several books and articles in influential scientific publications about fire in tropical forests.

From the reviews: "This comprehensive, multidimensional book is a welcome compilation of timely information on fire ecology, a central issue in the science of global climate change. ... the book for the ecology and science of fire-dependent ecosystems. ... Each chapter contributes ... a rich source of information for both academic curricula and reference purposes. ... good use of technology including GIS in their analyses and data representations. Summing Up: Highly recommended. Lower-division undergraduate through professional ecology, forestry, geography, and biological science collections." (E. J. Delaney, Choice, Vol. 47 (3), November, 2009) "This weighty book comprises 21 chapters at an average of more than 30 pages per chapter. There are three introductory chapters, 15 regional chapters and three pantropical reviews for specific vegetation types. ... Tropical Fire Ecology contains a wealth of concepts and information and will prove useful for research scientists as well as practitioners struggling with difficult management issues." (Donald Franklin, Biotropica, 2010)