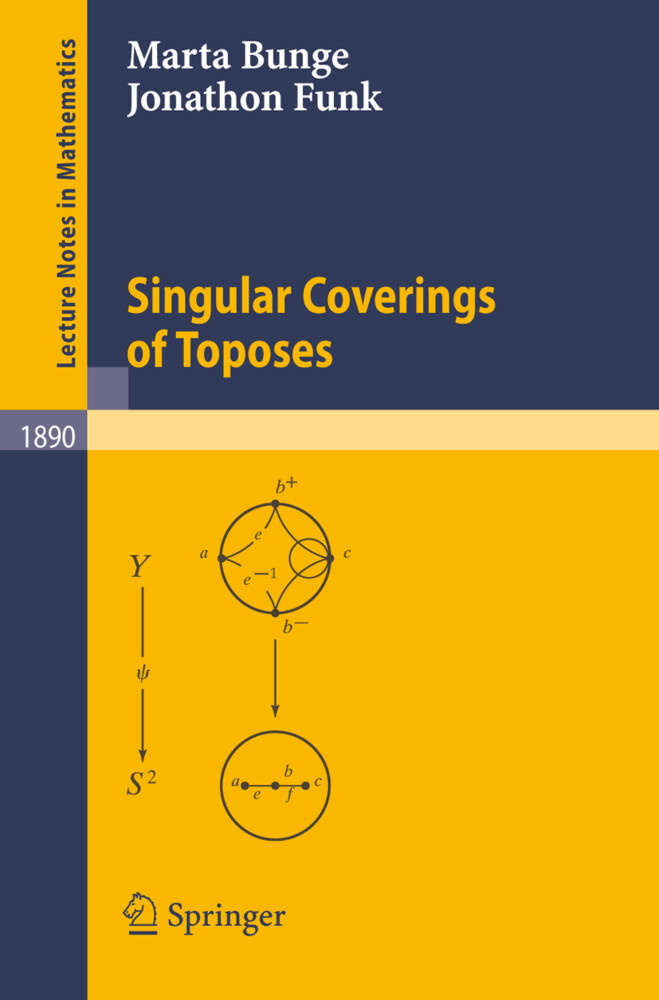 This volume presents a self-contained theory of certain singular coverings of toposes, including branched coverings. This book is distinguished from classical treatments of the subject by its unexpected connection with a topic from functional analysis, namely, distributions. Although primarily aimed at topos theorists, this book may also be used as a textbook for advanced graduate courses introducing topos theory with an emphasis on geometric applications.

Marta Bunge was born in Argentina where she studied philosophy and mathematics. She did her graduate work in mathematics at the University of Pennsylvania where she obtained her Ph. D. degree in 1966 under the supervision of Peter Freyd and F. William Lawvere. She has worked at McGill University since 1966, where she is currently Professor Emerita. She has been a visitor at mathematics institutes in Aarhus, Zurich, Mexico, Geneva, Mallorca, Genoa, and Sydney. Jonathon Funk was born in Saskatchewan where he studied mathematics before coming to McGill University, where in 1991 he completed a Ph. D. under the supervision of Marta Bunge. Since then he has worked in Newfoundland, Cyprus, British Columbia, and Regina. Presently, he is Lecturer at the University of the West Indies in Barbados. He has been a visitor to McGill University on several occasions.
Kunden, die diesen Artikel gekauft haben, kauften auch