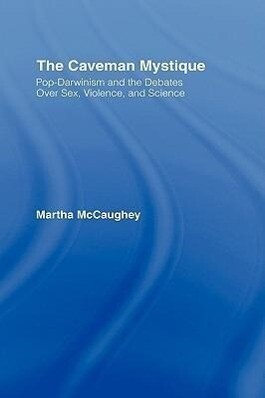 Pop-Darwinism and the Debates Over Sex, Violence, and Science.
Illustrations.
Sprache: Englisch.

Martha McCaughey is Professor of Interdisciplinary Studies and Director of Women's Studies at Appalachian State University. In 1999 she was named the Emerging Woman Scholar in the U.S. by the American Association of University Women.

"The Caveman Mystique sits at the intersection of feminism, cultural studies, science studies, and sociology of the body. As such, it would be an excellent monograph to assign in a class addressing any of these or their intersections. More generally, HBE logic, whether we want it to or not, infuses all of our classrooms. In this sense, we all have an opportunity to question "the [exclusive] right of scientists to comment on complex cultural practices" (p. 128) and to insist on the importance of feminist sociological contributions. For anyone who desires to do so, this book is an excellent way to catch up on the politics and poetics of this compelling and pervasive mythology." -- Lisa Wade, Gender and Society, April 2008 "...McCaughey seeks to shift our understanding of science from a practice and methodology evaluated by objective standards to a cultural discourse influences by social relations and power." --Feminist Collections, Vol. 29, No. 3-4, Summer-Fall 2008