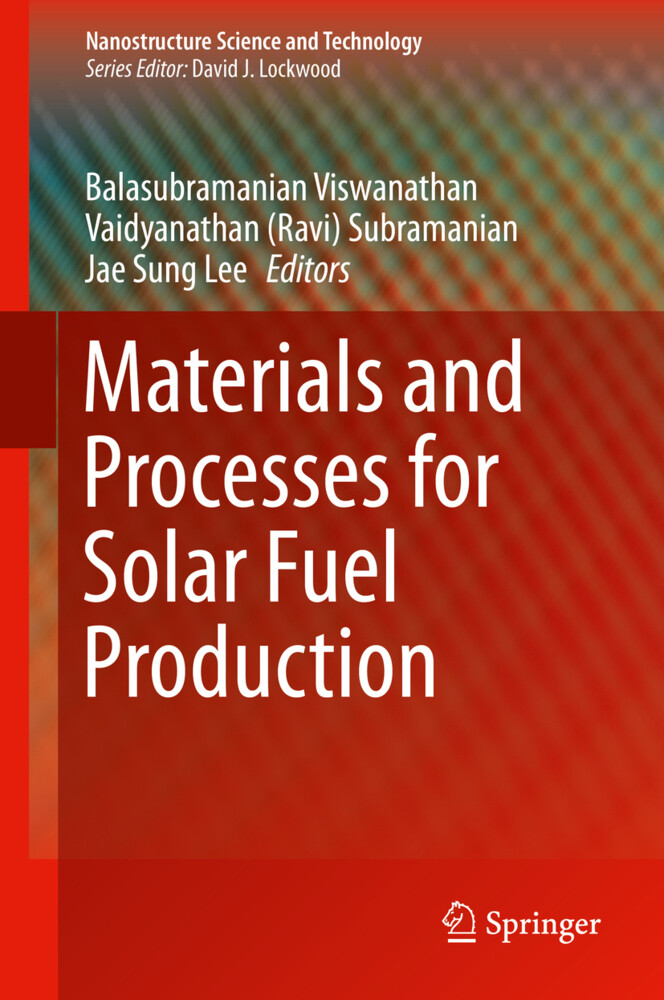 This book features different approaches to non-biochemical pathways for solar fuel production. This one-of-a-kind book addresses photovoltaics, photocatalytic water splitting for clean hydrogen production and CO2 conversion to hydrocarbon fuel through in-depth comprehensive contributions from a select blend of established and experienced authors from across the world. The commercial application of solar based systems, with particular emphasis on non-PV based devices have been discussed. This book intends to serve as a primary resource for a multidisciplinary audience including chemists, engineers and scientists providing a one-stop location for all aspects related to solar fuel production. The material is divided into three sections: Solar assisted water splitting to produce hydrogen; Solar assisted CO2 utilization to produce green fuels and Solar assisted electricity generation. The content strikes a balance between theory, material synthesis and application with the central theme being solar fuels.

Vaidyanathan Subramanian is Associate Professor of Chemical Engineering at the University of Nevada, Reno.  He is an adjunct in the Chemistry Department.  He is also the Solar Energy thrust area coordinator in the Renewable Energy Center at the University.  Prof. Subramanians research focus is on nanostructured materials for solar energy utilization and fuel cells.  His primary interest is in the development of materials for photovoltaics, fuel cells, clean fuel production, and environmental remediation.  In his 14 years of research he has developed inorganic materials including semiconductor-semiconductor and semiconductor-metal nanocomposites for applications related to solar energy utilization and fuel cells. He has received several awards as a student (AIChE Poster Award, Catalysis Club Award, and Best Thesis Award) and as a faculty (Japanese Society for Promotion of Science Fellowship - JSPS). Prof. Subramanian has received research grants and contracts from federal agencies such as the National Science Foundation, the Department of Defense (DARPA), the Department of Energy, as well as from industrial partners.  Balasubramanian Viswanathan had been a faculty in the Department of Chemistry, Indian Institute of Technology, Chennai (Madras) and since 2006 he is heading the National Centre for Catalysis Research in the same institute. He is a renowned Scientist and a distinguished teacher. His research contributions are enormous in the fields of Heterogeneous Catalysis, Materials Science, Theoretical Chemistry and Energy. He has published over 500 peer-reviewed journal articles and authored more than 25 books and some of these publications including titles like Chemical and Electrochemical Energy Systems and Fuel cells and won several awards and number of fellowships at both national and international levels.Jae Sung Lee is a professor of Energy and Chemical Engineering at Ulsan National Institute of Science & Technology (UNIST) in Ulsan, Korea. Combined with his former tenure at  Pohang University of Science & Technology (POSTECH), he has 30 years of experience in teaching and research in catalysis and energy technologies. He obtained his PhD in Chemical Engineering from Stanford University, MSc from KAIST, and B.S from Seoul National University. He worked for Catalytica as a research fellow (`84-`86), and was a visiting professor to Yale University (`93-`94). His current research projects include photocatalytic water splitting for solar fuels, electrocatalysis for low temperature fuel cells, and catalysis for energy and environment He has published more than 300 scientific papers and 90 patents in the field, and his work has been cited ~12,000 times (h-Indexr ~56) as of May, 2014. He is a full member of Korean Academy of Engineers, and a recipient of Green Energy Awards and Yeosan Catalytic Science Awards. He is on editorial boards of Journal of Catalysis, Journal of Applied Catalysis A, Journal of Molecular Catalysis A, and Catalysis Letters.
Kunden, die diesen Artikel gekauft haben, kauften auch