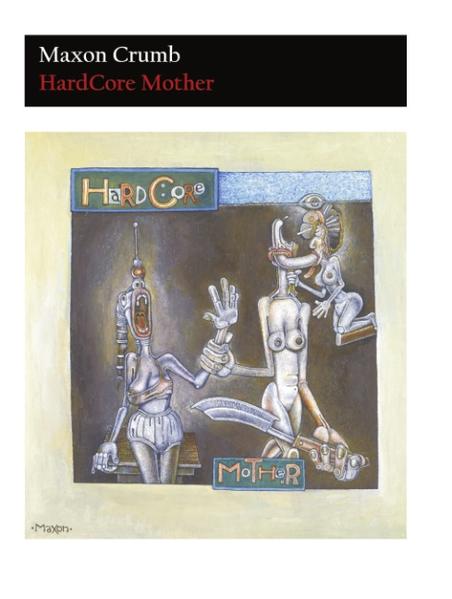 While answering the call of an injured girl, Oakland police officials uncover an eerily dark and disturbing family. Although their intervention halts the immediate danger, it does little to effect long-standing change. Destructive patterns of interpersonal interaction are viewed from the perspective of each family member as the girl and her brother endure the hardship of living with an overbearing and sadistic psychotic mother. The psychosexual stressors culminate in the son's intense, gut-wrenching confrontation with his ill mother. Robert Crumb, famous Underground Comic artist, comments on his brother Maxon's new book: "One of the strangest, quirkiest pieces of literature I've ever read. "It is bizarre in the extreme. well written, interesting, entertaining even. a bit harrowing. where do such ideas come from? "[HardCore Mother] is on the outer edge of utter strangeness, perversity, and inverted human imagination. not digestible for the general public, certainly. only for a very small elite of aficionados of such stuff. "Beautiful work. [Maxon]'s in his creative prime."

Maxon Crumb first garnered widespread attention after appearing in the movie Crumb, when he displayed a few of his paintings and discussed philosophical issues with his legendary brother, underground cartoonist Robert Crumb. This brief screen exposure produced quite an impression; on most viewers. it was, however, a most limited one. A man of much wisdom and many talents who began his lifelong study the great literary masters and philosophers as a child, Maxon has written obsessively for years, developing a unique style that bares human emotion and turmoil in intricately crafted characters steeped in profound plots. Drawn to the pencils, ink and paints later in life, he expresses these themes similarly with incredible images, each one breaking the rule by having a worth of many thousands of words. With his adept integration of writing and illustrating, he is now, as his famous brother has said, "in his creative prime."