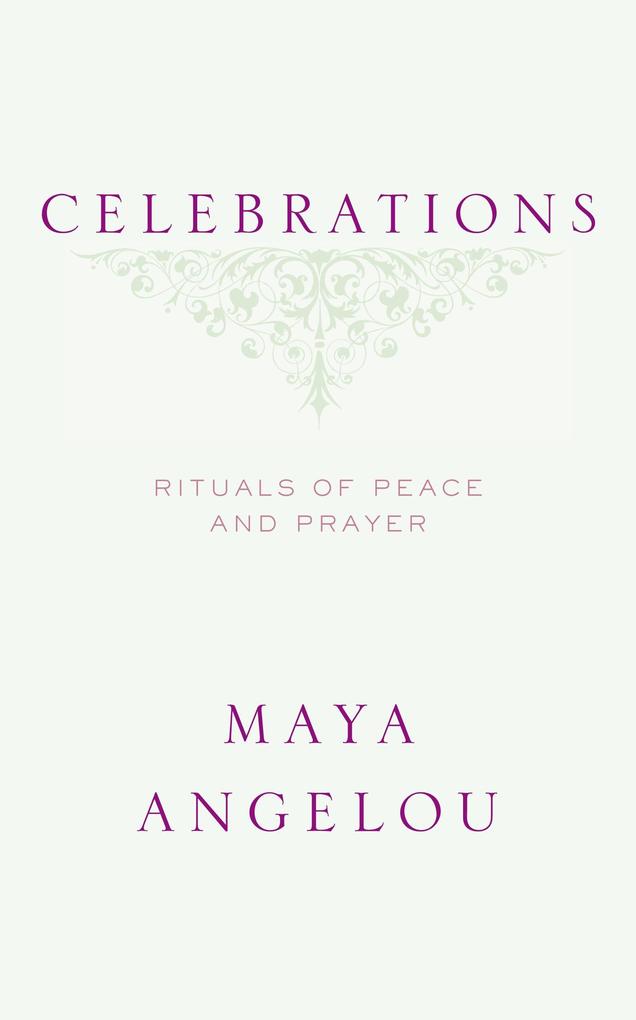 Celebrations: Rituals of Peace and Prayer

Grace, dignity, and eloquence have long been hallmarks of Maya Angelou's poetry. Her measured verses have stirred our souls, energized our minds, and healed our hearts. Whether offering hope in the darkest of nights or expressing sincere joy at the extraordinariness of the everyday, Maya Angelou has served as our common voice.

Celebrations is a collection of timely and timeless poems that are an integral part of the global fabric. Several works have become nearly as iconic as Angelou herself: the inspiring "On the Pulse of Morning,” read at President William Jefferson Clinton's 1993 inauguration; the heartening "Amazing Peace,” presented at the 2005 lighting of the National Christmas Tree at the White House; "A Brave and Startling Truth,” which marked the fiftieth anniversary of the United Nations; and "Mother,” which beautifully honors the first woman in our lives. Angelou writes of celebrations public and private, a bar mitzvah wish to her nephew, a birthday greeting to Oprah Winfrey, and a memorial tribute to the late Luther Vandross and Barry White.

More than a writer, Angelou is a chronicler of history, an advocate for peace, and a champion for the planet, as well as a patriot, a mentor, and a friend. To be shared and cherished, the wisdom and poetry of Maya Angelou proves there is always cause for celebration.

Maya Angelou was raised in Stamps, Arkansas. In addition to her bestselling autobiographies, including I Know Why the Caged Bird Sings and The Heart of a Woman, she wrote numerous volumes of poetry, among them Phenomenal Woman, And Still I Rise, On the Pulse of Morning, and Mother. Maya Angelou died in 2014.