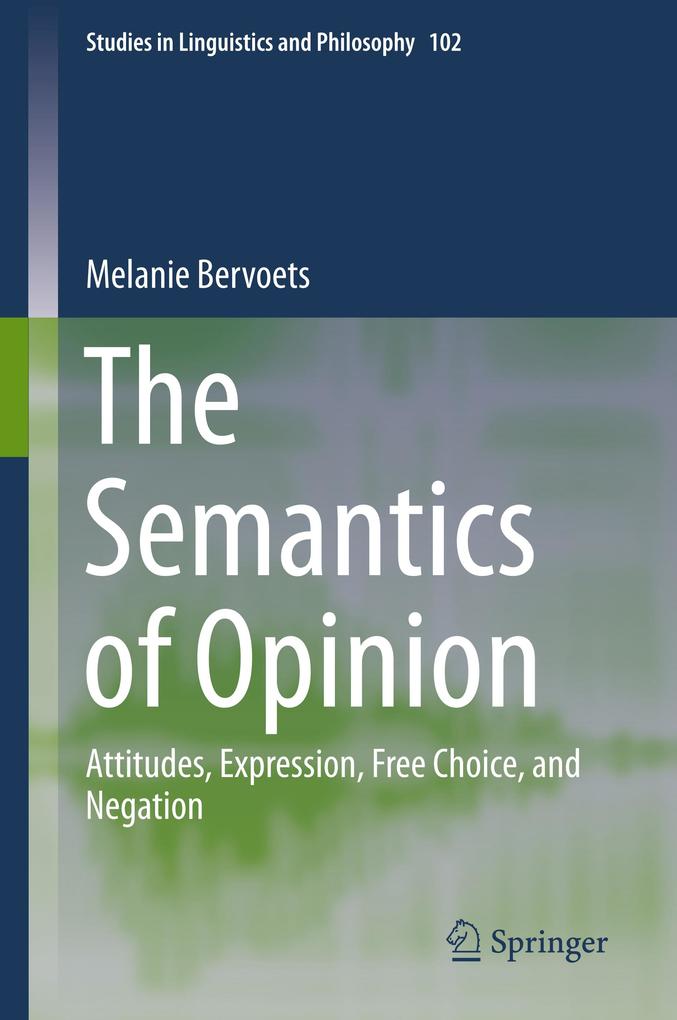 The Semantics of Opinion

This volume sets out to provide a semantics for the "future-directed opining verbs", a novel class whose members are used to describe subjects' externally attested opinions toward future possibilities. Including verbs like recommend, promise, and permit, the class can be situated within a broader range of opinion verbs, including the well-known propositional attitudes, and key to the investigation here are differences among these groups along the lines of available event types, interaction with the common ground, and restrictions on subjects and objects. Other important semantic topics implicated in the discussion are dispositions, free choice disjunction, and Neg-raising/embedded NPI licensing, and the host of new data associated with the future-directed opining verbs prompts surveys of the expanded scope of these phenomena, and corresponding re-evaluation of existing theories. Collectively, the contributions of this work deepen our understanding of predicates that describe opinion and disposition, and how these interact with fundamental logical operations like negation and disjunction, highlighting the crucial role of contextual factors like relevance for these processes.

After studying mathematics and philosophy at McGill University, Melanie Bervoets received a PhD in Linguistics from UCLA, with a specialization in semantics and pragmatics. Her work explores the complex interactions between words, logic, context, world knowledge, and grammar.

Buch (gebunden)
The Architecture of Context and…