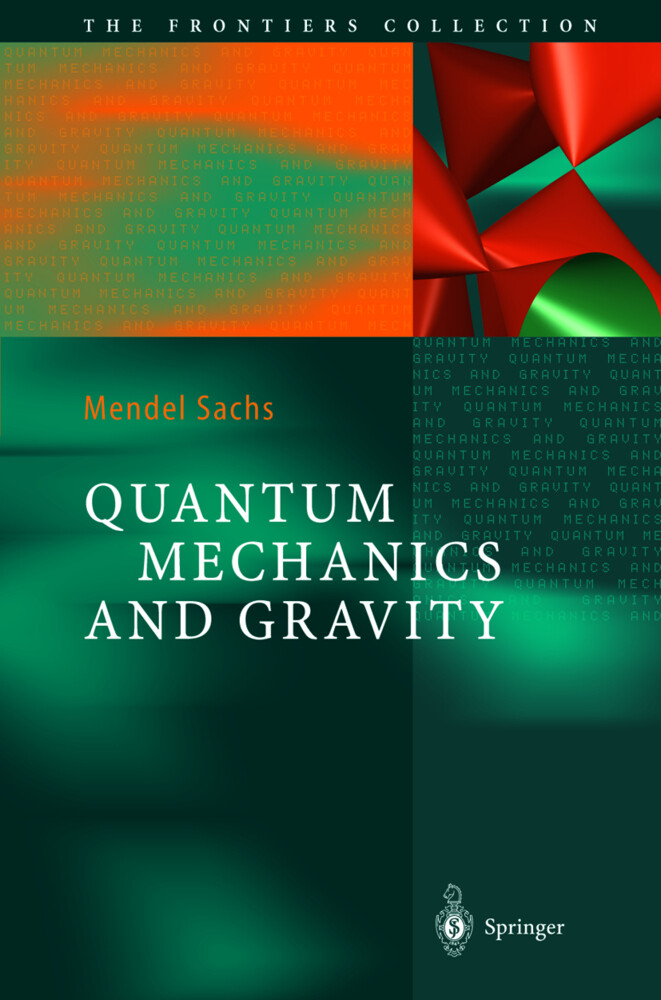 von Mendel Sachs
Auflage 2004. HC runder Rücken kaschiert. Sprache: Englisch.
Buch (gebunden)
This book describes a paradigm change in modern physics from the philosophy and mathematical expression of the quantum theory to those of general relativity. The approach applies to all domains - from elementary particles to cosmology. The change is … weiterlesen
Dieser Artikel ist auch verfügbar als:
Geschenk per Mail versenden
Buch (gebunden)

This book describes a paradigm change in modern physics from the philosophy and mathematical expression of the quantum theory to those of general relativity. The approach applies to all domains - from elementary particles to cosmology. The change is from the positivistic views in which atomism, nondeterminism and measurement are fundamental, to a holistic view in realism, wherein matter - electrons, galaxies, - are correlated modes of a single continuum, the universe. A field that unifies electromagnetism, gravity and inertia is demonstrated explicitly, with new predictions, in terms of quaternion and spinor field equations in a curved spacetime. Quantum mechanics emerges as a linear, flatspace approximation for the equations of inertia in general relativity.

1. Introduction.- 2. The Theory of General Relativity: Einstein's Formulation.- 3. A Unified Field Theory.- 4. Quantum Mechanics from a Theory of Inertial Mass in Relativity.- 5. Electromagnetism.- 6. The Pauli Principle and Pair Creation/Annihilation.- 7. Atomic and Elementary Particle Physics.- 8. Astrophysics and Cosmology in General Relativity.

"This book differs from the many other books on the same topics in three essential points: 1st, it concentrates on the historical development of the question of the unification of quantum theory and gravity, 2nd, it uses the quaternion approach to describe the metric and other geometric objects, and 3rd, it is a quite personal book. ... a very readable monograph, containing also philosophical issues, considerations about electromagnetism, and unified field theory." (Hans-Jürgen Schmidt, Zentralblatt MATH, Vol. 1052, 2005)

"The basic attempt of this book is to initiate a study of a single, coherent theory of matter applicable to all domains, from elementary particle physics to cosmology. ... This very interesting and clearly written book is even readable by a final year's student in physics. The presentation is very well got-up. ... I highly recommend this excellent work to every theoretical physicist interested in general relativity and unified field theories." (Fernand Dhoore, Physicalia, Vol. 57 (3), 2005)

"Sachs' book is a fascinating exposition of how an approximation in general relativity brings out quantum mechanical features. Perhaps Einstein would have been greatly interested. ... I think it should be read by anyone who is interested in quantum mechanics and gravity." (J. Hartley, Contemporary Physics, Vol. 45 (6), 2004)