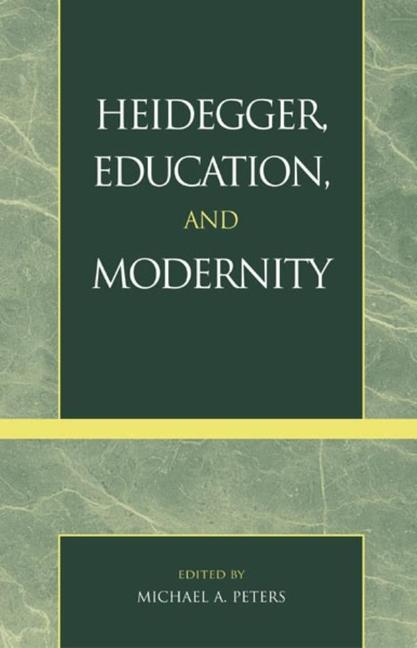 von Michael A. Peters
New. Sprache: Englisch.
Buch (gebunden)
Martin Heidegger is, perhaps, the most controversial philosopher of the twentieth-century. Little has been written on him or about his work and its significance for educational thought. This unique collection by a group of international scholars reex … weiterlesen
Dieser Artikel ist auch verfügbar als:
Geschenk per Mail versenden
Buch (gebunden)

1 Introduction: Heidegger, Education and Modernity 2 Heidegger on the Art of Teaching 3 Truth, Science, Thinking and Distress 4 Martin Heidegger, Transcendence, and the Possibility of Counter-Education 5 The Origin Of ... : Education, Philosophy and a Work of Art 6 Comfortably Numb in the Digital Era: Man's Being as Standing-Reserve or Dwelling Silently 7 Heidegger on Ontological Education, or: How We Become What We Are 8 Essential Heidegger: poetics of the unsaid 9 Enframing education 10 Heidegger and Nietzsche: Nihilism and the Question of Value in relation to Education 11 Learning as Leavetaking and Homecoming 12 Education as a Form of the Poetic: A Heideggerian Approach to Learning and the Teacher-Pupil Relationship

Michael A. Peters is research professor in the Faculty of Education at the University of Glasgow.

Both erudite and passionate, Gregory Smith's Martin Heidegger demonstrates the critical importance of Heidegger's thought for understanding our present philosophical dilemmas and for charting a genuinely human future. While fully acknowledging Heidegger's terrible political and moral errors and misdeeds, Smith at the same time rescues the profoundest level of his thinking from both its partisan detractors and its "postmodernist" vulgarizers. Smith's book merits the attention of all serious students of political philosophy. -- David Lewis Schaefer, Professor of Political Science, Holy Cross College. He is the author of Active Duty.