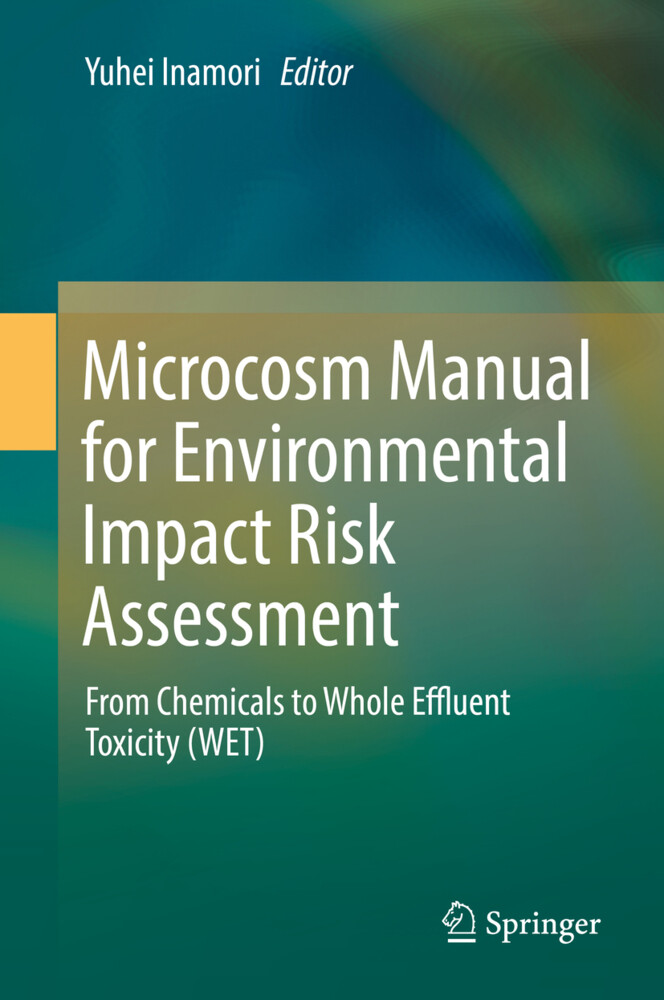 This book offers a comprehensive guide to microcosms (N-systems) in multiple-species testing and aquatic ecosystem risk assessment. It provides standardized methods for creating the microbial ecosystem, and proposes a standardized microcosm system for environmental impact risk assessments. The book will be of interest to students and educators, researchers, government authorities, developers and manufacturers engaged in ecosystem preservation, water quality management personnel at sewage treatment or industrial effluent treatment facilities, and anyone involved in education, management and analysis evaluation for environmental standards and waste water quality standards.

Yuhei INAMORI Born in Kagoshima, Japan, in 1947, Dr. Inamori received his B.S. and M.S. degrees in Agricultural and Biosystems Engineering from Kogoshima University in 1971 and 1973, and his Ph.D. in Biology from Tohoku University in 1979. He joined the Meidensha Co. Ltd. in 1973, became a senior researcher at the National Institute for Environmental Studies (NIES) in 1980, and became a professor at Fukushima University in 2007. He has been in his current position since 2014, and his current research interests include water and waste treatment technologies, bio-eco engineering, energy-saving technologies, and integrated watershed management. Dr. Inamori has also served as President of the Japanese Society of Water Treatment Biology (2013-2015) and has received many excellent paper awards from institutions like the Japan Society on Water Environment. He was also selected for the Friendship Award of the Chinese Government in 2009, the Minister's Prize, and the Ministry of Environment Prize in 2013.