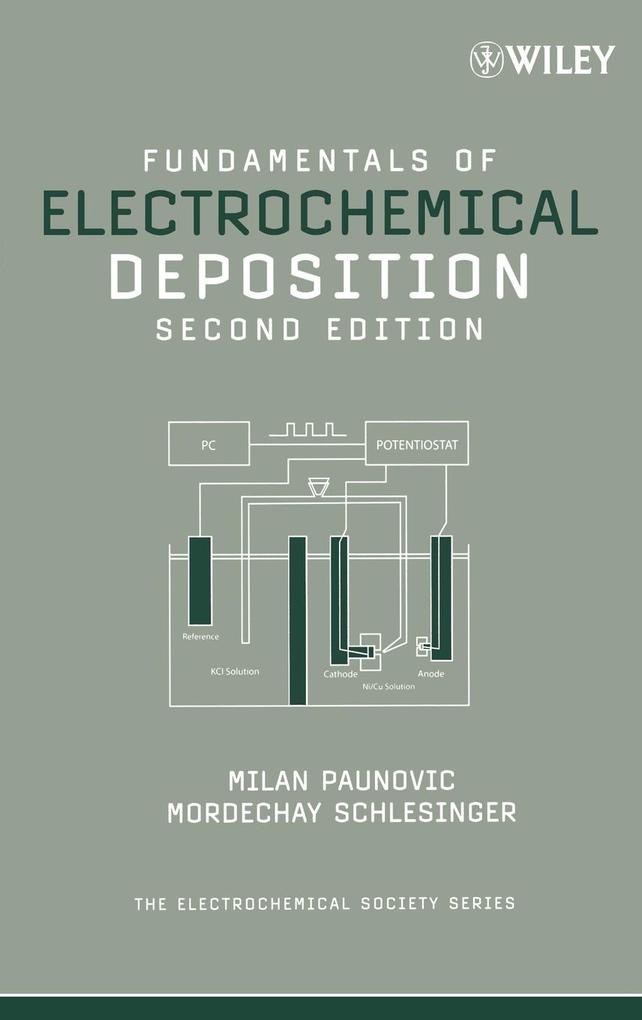 Excellent teaching and resource material . . . it is concise, coherently structured, and easy to read . . . highly recommended for students, engineers, and researchers in all related fields."

-Corrosion on the First Edition of Fundamentals of Electrochemical Deposition

From computer hardware to automobiles, medical diagnostics to aerospace, electrochemical deposition plays a crucial role in an array of key industries. Fundamentals of Electrochemical Deposition, Second Edition is a comprehensive introduction to one of today's most exciting and rapidly evolving fields of practical knowledge.

The most authoritative introduction to the field so far, the book presents detailed coverage of the full range of electrochemical deposition processes and technologies, including:

* Charge transfer across an interphase

* Formation of an equilibrium electrode potential

* Nucleation and growth of thin films

* Kinetics and mechanisms of electrodeposition

* In situ characterization of deposition processes

* Structure and properties of deposits

* Applications in the semiconductor industry and the field of medicine

This new edition updates the prior edition to address the new developments in the science and its applications, with new chapters on innovative applications of electrochemical deposition in semiconductor technology, magnetism and microelectronics, and medical instrumentation. Added coverage includes such topics as binding energy, nanoclusters, atomic force, and scanning tunneling microscopy.Example problems at the end of chapters and other features clarify and improve understanding of the material.

Written by an author team with extensive experience in both industry and academe, this reference and text provides a well-rounded introduction to the field for students, as well as a means for professional chemists, engineers, and technicians to expand and sharpen their skills in using the technology.

6. Kinetics and Mechanism of Electrodeposition.

14. In Situ Characterization of Deposition.

20. Applications in the Fields of Magnetism and Microelectronics.

21. Frontiers in Applications--Applications in the Field of Medicine.

MILAN PAUNOVIC, PhD, was, until recently, a research staff member in the Electrodeposition Technology Department at the IBM T. J. Watson Research Center. He began work on electrochemical metal deposition in 1961 at the University of Pennsylvania, Philadelphia, and subsequently worked on metal deposition at Reynolds Metals, Kollmorgen, and Intel. He is a coauthor of the first edition of Fundamentals of Electrochemical Deposition and Modern Electroplating (both by Wiley), has edited four symposia proceedings volumes of The Electrochemical Society, published forty-one papers, and holds seven patents.

"The book is a definitive treatment of the subject by two experts in the field..." ( CHOICE , February 2007)
Kunden, die diesen Artikel gekauft haben, kauften auch