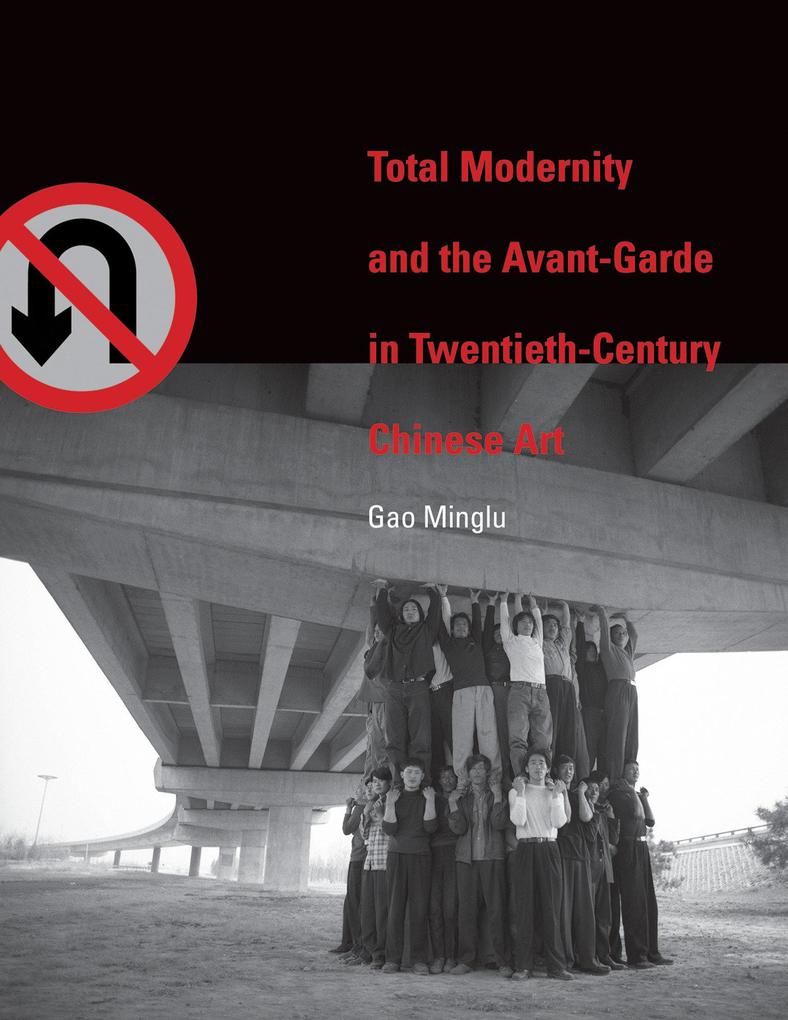 Total Modernity and the Avant-Garde in Twentieth-Century Chinese Art

20% Rabatt sichern mit Gutscheincode: BLACK20
​
A groundbreaking book that describes a distinctively Chinese avant-gardism and a modernity that unifies art, politics, and social life.To the extent that Chinese contemporary art has become a global phenomenon, it is largely through the groundbreakin … weiterlesen
Geschenk per Mail versenden
Buch (gebunden)

A groundbreaking book that describes a distinctively Chinese avant-gardism and a modernity that unifies art, politics, and social life.To the extent that Chinese contemporary art has become a global phenomenon, it is largely through the groundbreaking exhibitions curated by Gao Minglu: "China/Avant-Garde" (Beijing, 1989), "Inside Out: New Chinese Art" (Asia Society, New York, 1998), and "The Wall: Reshaping Contemporary Chinese Art" (Albright-Knox Art Gallery, 2005) among them. As the first Chinese writer to articulate a distinctively Chinese avant-gardism and modernity—one not defined by Western chronology or formalism—Gao Minglu is largely responsible for the visibility of Chinese art in the global art scene today.
Contemporary Chinese artists tend to navigate between extremes, either embracing or rejecting a rich classical tradition. Indeed, for Chinese artists, the term "modernity" refers not to a new epoch or aesthetic but to a new nation—modernityinextricably connects politics to art. It is this notion of "total modernity" that forms the foundation of the Chinese avant-garde aesthetic, and of this book. Gao examines the many ways Chinese artists engaged with this intrinsic total modernity, including the '85 Movement, political pop, cynical realism, apartment art, maximalism, and the museum age, encompassing the emergenceof local art museums and organizations as well as such major events as the Shanghai Biennial. He describes the inner logic of the Chinese context while locating the art within the framework of a worldwide avant-garde. He vividly describes the Chinese avant-garde's embrace of a modernity that unifies politics, aesthetics, and social life, blurring the boundaries between abstraction, conception, and representation. Lavishly illustrated with color images throughout, this book will be a touchstone for all considerations of Chinese contemporary art.

Gao Minglu, a leading authority on Chinese art, teaches at the University of Pittsburgh. After leaving China in 1991, he became a leading researcher, writer, and authority on twentieth-century East Asian art.

"An unprecedented avant-garde art movement has emerged in China since the 1980s. Gao Minglu is the key figure who has promoted the movement. This comprehensive, detailed and incisive book is a just testimony of this history." Wang Min'an , Cultural Theorist and Professor, Foreign Literature Institute, Beijing Foreign Studies University "Gao Minglu writes a thoughtful history of twentieth-century and early twenty-first-century Chinese art, especially the avant-garde art that has developed since the end of the cultural revolution. Gao is particularly good at explaining the background of advanced art practice in China during the last three decades. As he shows, contemporary Chinese art has responded to the tumultuous events of recent Chinese political and economic history in unique ways. This book is sure to become an important source for scholars and anyone interested in recent developments in China." Craig Adcock , School of Art and Art History, University of Iowa "When it first emerged in the late 1970s, there were few who took Chinese avant-garde art seriously, yet today it is in full swing on the international stage, shaping the configuration of art in our time. With this volume Gao Minglu, the foremost theoretician of the movement, also becomes its number one historian, providing the first in-depth history of this phenomenon. Total Modernity not only signals the attainment by this movement of historical status and stature, it is a major art historical landmark in its own right." Jerome Silbergeld , P. Y. and Kinmay W. Tang Professor of Chinese Art History and Director, Tang Center for East Asian Art, Princeton University "Written by one of the most important advocates and theorists of contemporary Chinese art, Total Modernity and the Avant-Garde in Twentieth-Century Chinese Art traces the historical roots of contemporary Chinese art and interprets some of the most important events that shaped it over the past three decades. Making serious theoretical claims based on firsthand observations, this book sheds light not only on the unique characteristics of recent Chinese art but also on the growing complexity of contemporary art in general." Wu Hung , Harrie A. Vanderstappen Distinguished Service Professor of Art History and East Asian Languages and Civilizations, and Director, Center for the Art of East Asia, University of Chicago

Buch (gebunden)
The Book of Michael of Rhodes: A…