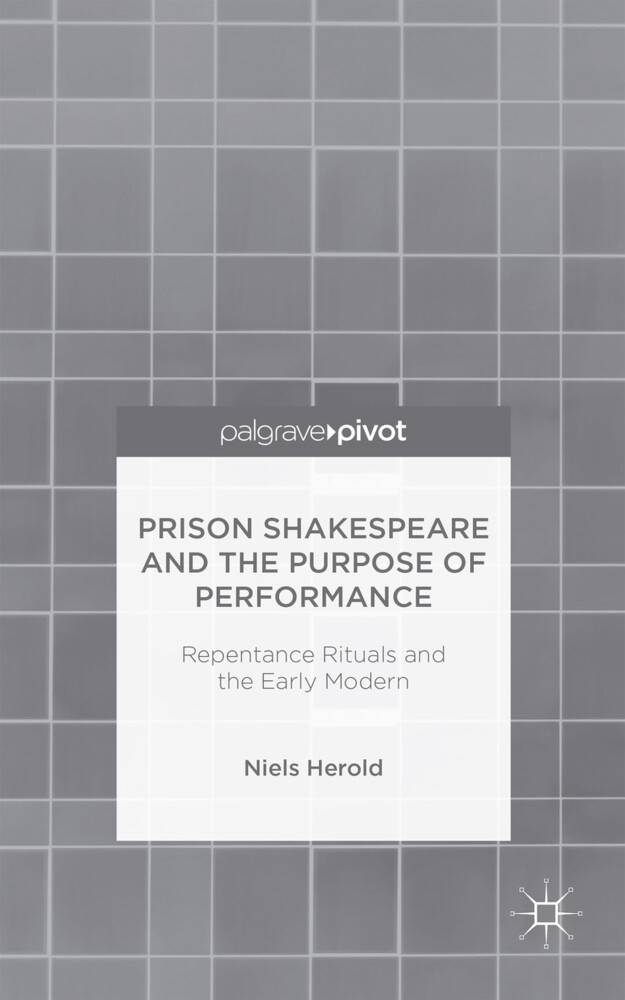 Prison Shakespeare and the Purpose of Performance: Repentance Rituals and the Early Modern

Over the last decade a number of prison theatre programs have developed to rehabilitate inmates by having them perform Shakespearean adaptations. This book focuses on how prison theatre today reveals certain elements of the early modern theatre that were themselves responses to cataclysmic changes in theological doctrine and religious practice.

Introduction
1. Penitential Communities
2. Eating the Text: Shakespeare and Change
3. Shakespeare and Incarceration
4. Others: 'There but for the grace of God...' Epilogue: Underworld of Shadows

"In this powerful and powerfully moving book, Herold explores the fascinating process by which convicted criminals assume the roles of criminals and of victims in performances of Shakespeare's plays. Herold has much to teach us about the social function of Shakespeare's fascination with interiority, particularly the interiority of those who have been injured, and those who have hurt others. Herold explains in riveting detail how these inmates discover authentic repentance by playing a dramatic role. This is a book that should be read by all who prize the Humanities, and particularly by those who do not. As it reminds us of the genuinely healing powers of art, this lucid, inspiring book demonstrates afresh the astonishing human value of Shakespeare's dramatic texts and proclaims the untapped cultural resource of those our culture has incarcerated." - Michael Schoenfeldt, University of Michigan, USA

"Since 2007, Niels Herold has borne witness to SBB's rehearsal and performance process at the Luther Luckett Correctional Complex in LaGrange, Kentucky. Now comes this well-researched, thoughtful, and insightfully written book that offers outsiders an intricate look into the transformational power that art, theatre, and the works of Shakespeare have upon an incarcerated population." - Curt L. Tofteland, Founder, Shakespeare Behind Bars

"This book examines its subject matter - some plays of Shakespeare and their interest in the performance of forgiveness - at a fascinating intersection. The result is not only a moving and up-close look at Curt Tofteland's work but also an inspiring and telling account of quite how and why it is that Shakespearean drama is truly rehabilitative. Prison Shakespeare and the Purpose of Performance is of real importance to Shakespeare scholars, but also to all those interested in the humane and vital work of the arts in the prison complex." Sarah Beckwith, Duke University, USA