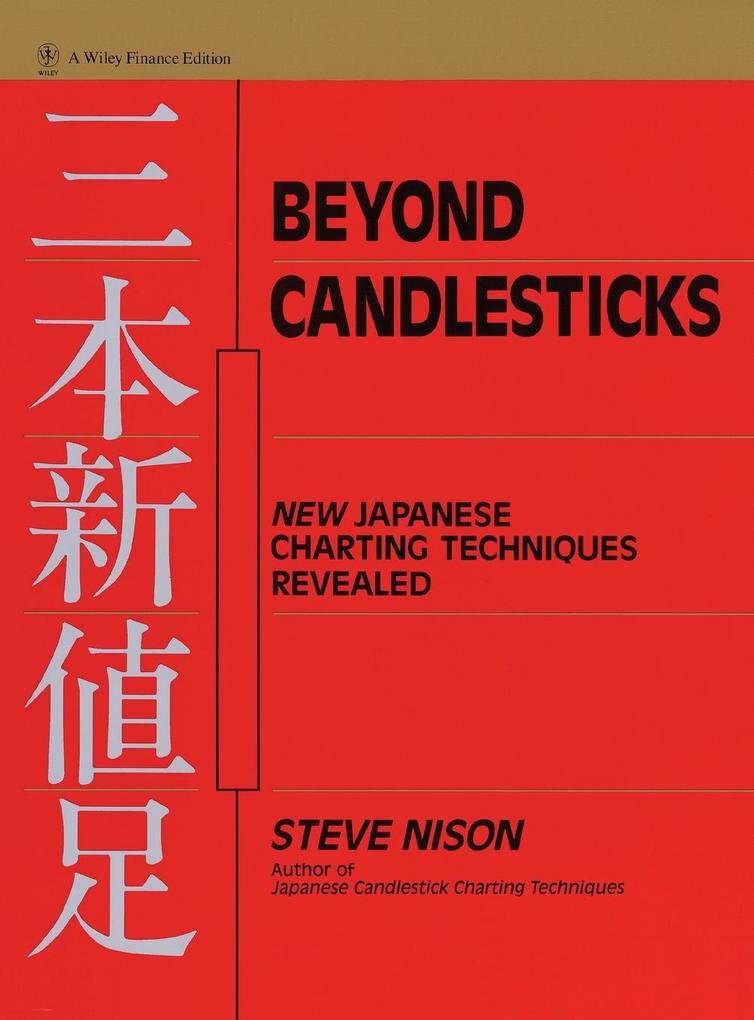 In 1990, Steve Nison introduced traders in the West to a powerful analytical tool that had long given Japanese investors a competitive edge. Now, with this groundbreaking new book, the "Father of Candlesticks" further revolutionizes technical analysis with an entire collection of stunningly effective Japanese techniques. In Beyond Candlesticks, Steve Nison unveils the mysteries of four more of Japan's most closely guarded financial secrets - Kagi, Renko, Three-Line Break charts, and the disparity index - incredibly versatile techniques for forecasting and tracking market prices and buying and selling periods. Completely self-contained and requiring no prior experience with Japanese charting techniques, Beyond Candlesticks introduces Kagi, Renko, and Three-Line Break charts - powerful non-time series charting techniques never before seen in the West; explores the exotic twists and turns of the disparity index - a Japanese secret more exact and timely than its Western cousin, moving averages; takes you step by step through each charting technique with the help of nearly 200 illustrations, dozens of detailed real-world examples, and clear-cut guidelines on how to use them in your day-to-day trading and investing; demonstrates how these techniques can be used on equities, futures, fixed-income, foreign exchange, and overseas markets; and explains how they can be merged with candlesticks and traditional Western techniques to create powerful new hybrids. But that's not all. In addition to instructing readers in these exciting new charting techniques, Nison also takes us deeper inside the mysteries of candlesticks than ever before. Expanding his coverage beyond the futures markets that werethe focus of his 1991 classic, Japanese Candlestick Charting Techniques, Nison describes candlestick patterns that can be applied to stocks, bonds, and foreign exchange. He also demonstrates new ways in which candlesticks alone, or in conjunction with traditional Western tech

About the author STEVE NISON, CMT, is founder and President of Nison Research International Inc., which provides customized educational and technical advisory services. Mr. Nison, the first to reveal candle charts to the Western world, is the acknowledged authority on Japanese charting techniques as applied to Western markets. His book, Japanese Candlestick Charting Techniques, continues to be an international bestseller. Mr. Nison's work has been highlighted in financial media around the world, including the Wall Street Journal, Barron's, Worth Magazine, Euroweek, and Institutional Investor. He is an instructor at the New York Institute of Finance and has been a guest lecturer at four universities. As a sought-after speaker, he has presented his trading strategies in seventeen countries to thousands of traders and analysts including, by request, the World Bank and the Federal Reserve. Mr. Nison holds an MBA in Finance and Investments and was among the first to receive the Chartered Market Technician (CMT) designation from the Market Technicians Association (MTA). Formerly, he was a Senior Vice President at Daiwa Securities and Senior Technical Analyst at Merrill Lynch. Mr. Nison lives with his family in East Brunswick, New Jersey. Mr. Nison's Web site is www.candlecharts.com. The e-mail address is info@candlecharts.com.