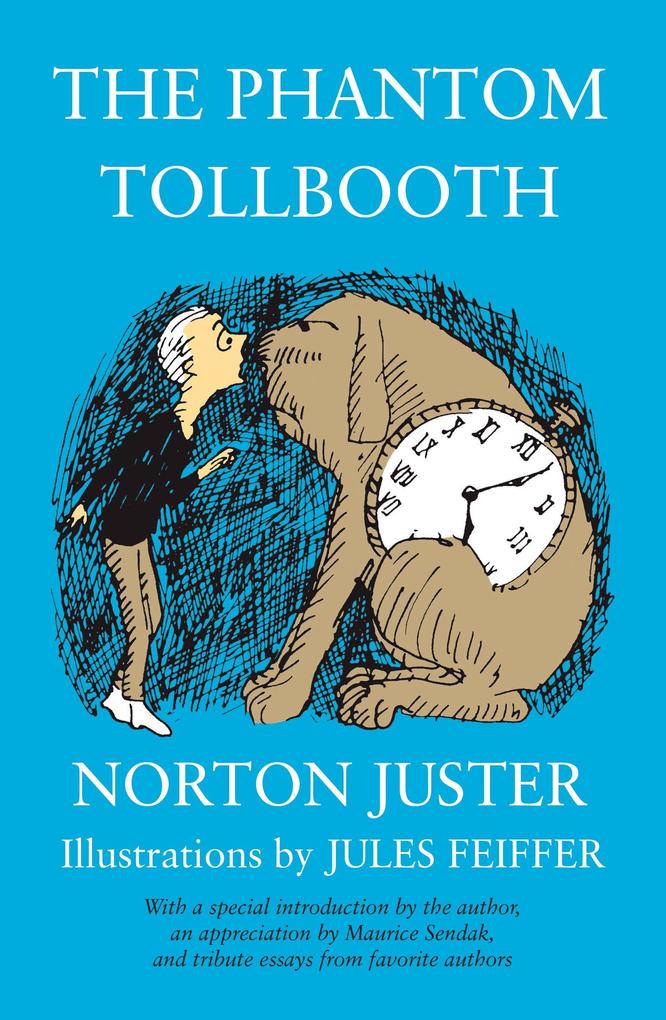 With almost 4 million copies sold over 50 years after its original publication, generations of readers have now journeyed with Milo to the Lands Beyond in this beloved classic that Philip Pullman says "comes up bright and new every time I read it . . . it will continue to charm and delight for a very long time yet. And teach us some wisdom, too." Enriched by Jules Feiffer's splendid illustrations, the wit, wisdom, and wordplay of Norton Juster's offbeat fantasy are as beguiling as ever.

For Milo, everything's a bore. When a tollbooth mysteriously appears in his room, he drives through only because he's got nothing better to do. But on the other side, things seem different. Milo visits the Island of Conclusions (you get there by jumping), learns about time from a ticking watchdog named Tock, and even embarks on a quest to rescue Rhyme and Reason. Somewhere along the way, Milo realizes something astonishing. Life is far from dull. In fact, it's exciting beyond his wildest dreams!

Norton Juster is an architect and planner, professor emeritus of design at Hampshire College, and the author of a number of highly acclaimed children's books, including The Dot and the Line, which was made into an Academy Award-winning animated film. He has collaborated with Sheldon Harnick on the libretto for an opera based on The Phantom Tollbooth. The musical adaptation, with a score by Arnold Black, premiered in 1995 and is performed in schools and theaters nationwide. An amateur cook and professional eater, Mr. Juster lives in Amherst, Massachusetts.


Jules Feiffer is the author of several books for young readers, including The Man in the Ceiling and A Barrel of Laughs, a Vale of Tears, I Lost My Bear, Bark, George, and Meanwhile.... He has won a number of prizes for his cartoons, plays, and screenplays. Mr. Feiffer lives in New York City.