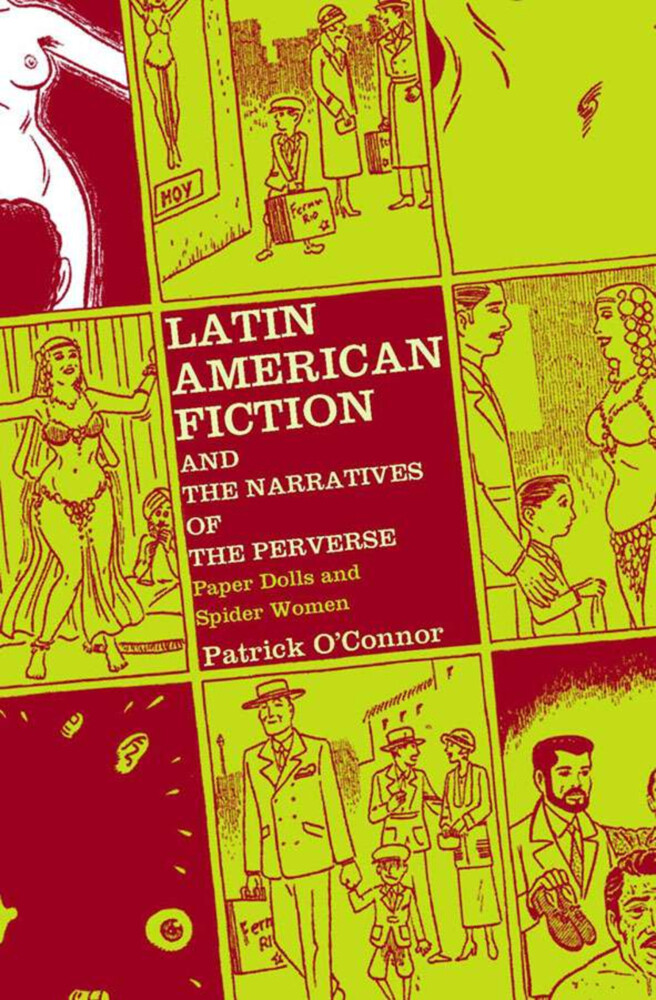 Latin American Fiction and the Narratives of the Perverse: Paper Dolls and Spider Women

Latin American Fiction and the Narratives of the Perverse contains analysis of sexual perversion and narrative creativity in fictions from the Latin American boom and post-boom. O'Connor's main argument is that orthodox criticism of Latin American literature has neglected the eccentric singularities of other fictive trends in the corpus (especially in the second half of the twentieth-century). At the same time, by examining these eccentric singularities in their relationship to mainstream trends in the Latin American corpus, O'Connor forces his readers to view these master narratives and major trends (such as modernismo or magical realism) from surprisingly new angles. Five of the authors discussed (Puig, Lezama, Lima, Cortazar and Sarduy) have an established place in the Latin American literary canon. A fifth one, Rosario Ferre, may have come close to achieving that status with her earlier fictions. Others (Felisberto Hernandez, Alicia Borinsky, Cristina Peri Rossi and Silvia Molloy) are less well known, but they are certainly highly significant authors for scholars and students of contemporary Latin American fiction.

PATRICK O'CONNOR is Assistant Professor in the Department of Hispanic Studies at Oberlin College, Ohio, USA.

"Paper Dolls and Spider Women proposes superbly uncanny readings of some of the most important Latin American texts written in the second half of the 20th century. With admirable energy and deceptive ease, Pat O'Connor sets out to queer these texts, illuminating his readings through well-articulated reflections on psychoanalysis, gender theory, and literary history. He has a gift for discovering unexpected relations among these "narratives of the perverse," for engaging in provocative and fruitful digression, and for establishing off-beat genealogies that, on closer look, appear irrefutable. This is a stunning book, intelligently articulated and beautifully written." -Sylvia Molloy, Albert Schweitzer Chair in the Humanities, New York University

"Patrick O'Connor's literary history of the perverse repositions Latin American literature of the latter half of the 20th century, most particularly that of the boom, vis-à -vis its treatment of queer desires. The emblematic figure of the spider woman inspires his readings of homosexuality, fetishism, sadism, masochism, transvestitism and other perversions in the works of many of the greatest writers of the 50s, 60s and 70s. Delightfully original, this book is highly recommended to scholars and fans of Latin American literature and queer studies alike." - Robert McKee Irwin, Tulane University

"Employing a sensitive understanding - and a critique - of Freudian theory and its derivatives, O'Connor shows us how representations of male deviance - homosexuality, voyeurism, fetishism, sadism, and transvestism - have shaped the trajectory of the Latin American literary canon. At the same time, Latin American Fiction and the Narratives of the Perverse foregrounds the role of the queer theorist, whose task it is to interpret and to challenge the categories by which we define what is normal or aberrant. Ultimately, O'Connor makes a case for a particular erotics of reading: one that is itself representative of the perverse in its finding pleasure in alternative cultural forms." - Carlos J. Alonso, Professor of Romance Languages, University of Pennsylvania

"Sophisticated and original...[O'Connor] shows that, even when some of the authors on whom he focuses have been widely studied in the Latin American and North American academies, their most disturbing aspects have tended to be erased in order to make them fit in a certain representation of what is supposed to be characteristic of Latin American literature." - Reinaldo Laddaga, University of Pennsylvania