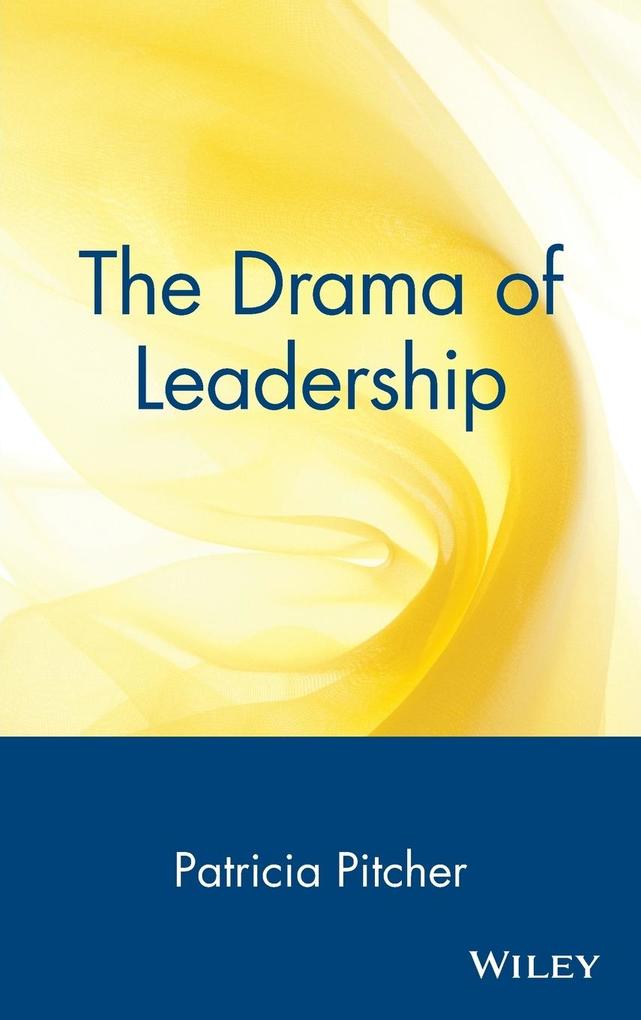 The Drama of Leadership

von Patricia Pitcher
HC gerader Rücken kaschiert. Sprache: Englisch.
Buch (gebunden)
As a member of the board of directors of several major international financial services corporations, Patricia Pitcher was in a privileged position to observe the inner workings of the corporate world. What she witnessed was a crisis of leadership ro … weiterlesen
Geschenk per Mail versenden
Buch (gebunden)

As a member of the board of directors of several major international financial services corporations, Patricia Pitcher was in a privileged position to observe the inner workings of the corporate world. What she witnessed was a crisis of leadership rooted in a misunderstanding of what leading is all about. Not content to simply offer an opinion-opinions come cheap-she embarked on an eight-year research project to document the reasons for the rapid collapse of a global giant. That collapse, she shows us, began with one critical succession error and was compounded by a chronic failure to understand the importance of personality in the leadership equation. One wrong person at the helm turned a dream into a nightmare.

In The Drama of Leadership, Patricia Pitcher shares her findings and, in the process, explodes a number of popular myths about leadership, including the one that leadership and vision are qualities that can be taught in management seminars. She refutes the common belief that leaders are in short supply and proves that the corporate talent pool abounds with potential leaders whose talents either go unrecognized or are tragically undervalued. And she explains why, at a time when vision, innovation, humanity, and passion are so desperately needed, so many companies cast in leadership roles people who possess none of these qualities, and who distrust anyone who does.

But who are the good and bad leaders, and how do you identify them? In answer to this question, Patricia Pitcher identifies three types of leaders: Artists, who are people-oriented, open-minded, intuitive, and visionary; Craftsmen, to whom the adjectives "humane," "dedicated," and "wise" best apply; and Technocrats - brilliant and well-schooled in the latest theory, they are detail-oriented, rigid, methodical, self-centered, and, when left in control, pose a serious threat to corporate competitiveness. The power struggles between these types are dramas being played out in companies everywhere. Whether the story has a happy or an unhappy ending depends entirely upon which type gets top billing.

The author also offers her wise recommendations on what companies can do to protect themselves against a technocratic hegemony and how to cultivate the talents of Artists and Craftsmen. She also tells you how to determine what type of leader you are and how to interact with other types to achieve both personal and corporate success.

The Drama of Leadership is an articulate, insightful, passionate appeal to develop the kind of leaders and organizations that can take us into the twenty-first century.

THE PLAYERS AND THE PLOT.

The Dreams of the Playwright.

The Harsh Realities of the Stage.

Climax: The Triumph of Technocratic Illusions.

Dénouement: The Collapse of Vision.

THE MORAL OF THE STORY.

Where There's Smoke, There's Apt to Be Fire.

The Scope of the Problem.

PATRICIA PITCHER, PhD, is Professor of Leadership and Dean of the doctoral program in Canada's oldest and largest business school, Montreal's École des Hautes Études Commerciales. Before becoming an academic, she was chief economist at the Toronto Stock Exchange, senior vice president of a national small business organization, and has served on many boards of directors.