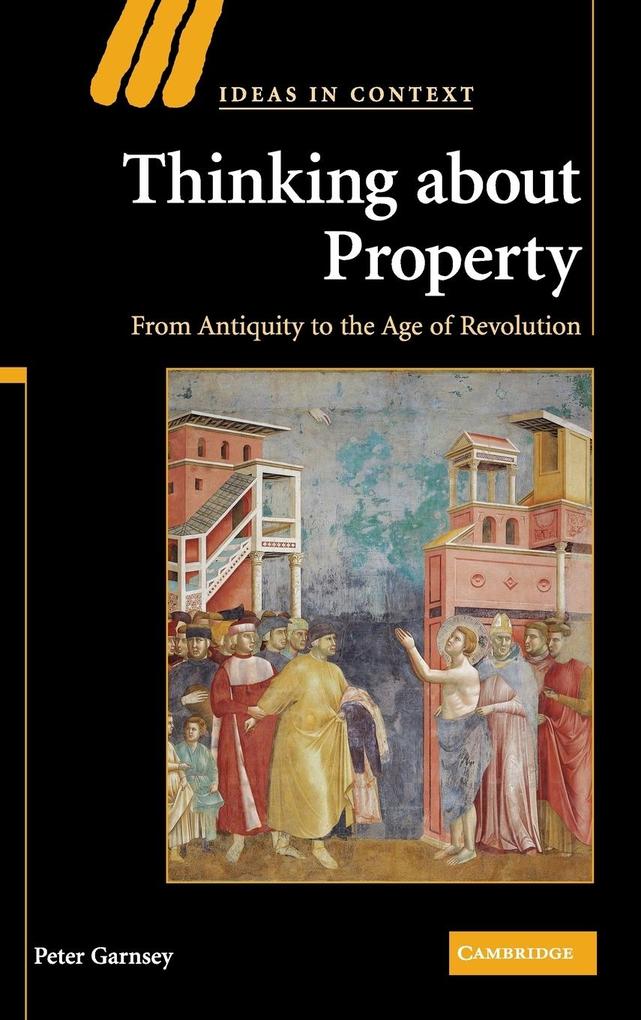 Explores the historical development of some central themes about property through the ages.

Peter Garnsey is Director of Research in the Faculty of History at the University of Cambridge, having previously been Professor of Ancient History. His recent books include Ideas of Slavery from Aristotle to Augustine (1996), Food and Society in Classical Antiquity (1999), (with Caroline Humfress) The Evolution of the Late Antique World (2001) and (with Anthony Bowen) a translation of Lactantius' Divine Institutes (2003).

"This marvellous book combines very substantial and wide-ranging scholarship with great conceptual and analytic rigour to present a sophisticated, entirely original and highly compelling history of conceptions of property in the West from the Greeks to the 19th century.' Raymond Geuss, Professor in Philosophy, University of Cambridge 'Garnsey's meticulous and focused scholarship will fundamentally change our basic thinking about the origins and legitimation of property in the western tradition ... I know of no other work that so accurately traces the genealogy of modern debts to ancient thought on this important subject.' Brent Shaw, Professor of Classics and Andrew Fleming West Professor of Classics, Princeton University '... this is a wide-ranging, learned and ambitious book that is intended to appeal to a wide audience. It should interest historians of ideas, students of political thought, scholars of religion, and anyone interested in the intellectual roots of rights theory. ... Garnsey stakes out fruitful common ground for classical, Christian, and early modern legal and political texts.' Bryn Mawr Classical Review