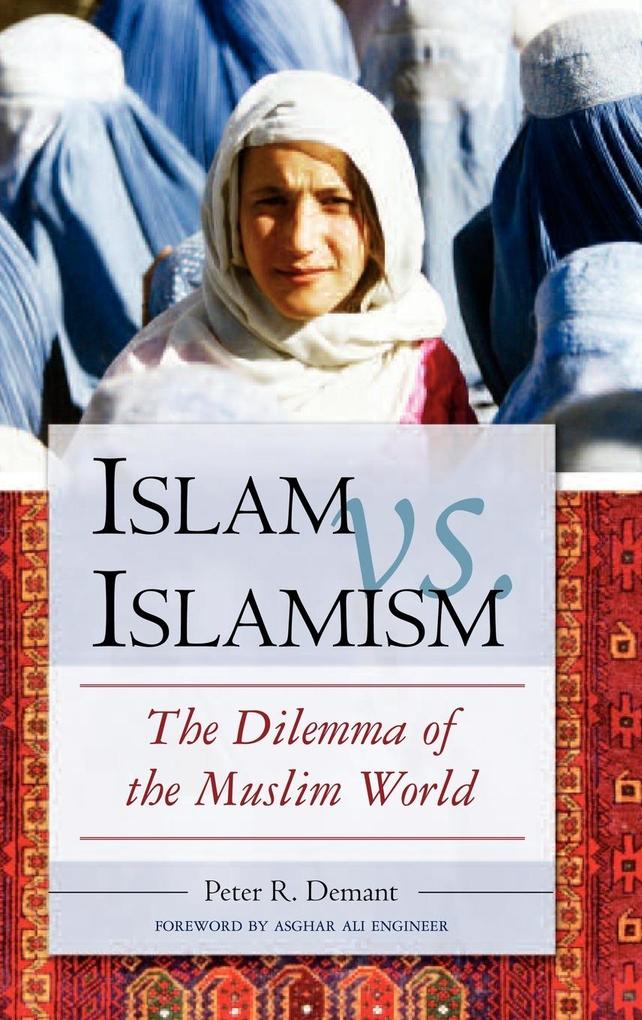 Islam vs. Islamism introduces the Islamic world's diversity, conflicts, and dilemmas--its origins, extraordinary creativity, and current crisis, the result of its unhappy encounter with Western modernity. Particular attention is given to Islamism, Islam's radically antimodern and often violent revision that is causing turmoil in the Middle East and beyond.

PETER R. DEMANT is Professor of History at Universidade de Sao Paulo, Brazil, where he lectures in international relations and contemporary Asian history. From 1991 to 1999 he lived in Jerusalem, where he was senior research associate at the Harry S Truman Research Institute for the Advancement of Peace at Hebrew University of Jerusalem.

"Demant's book is both a survey of IslaM's history and status worldwide and an analysis of Islamism and its position within the Muslim world. Demant argues that Islamism is IslaM's greatest dilemma today, and that the outcome will determine IslaM's future. He sees Islamism, especially its violent, anti-modern version, as itself a modern movement, born of and yet at war with modernity. While Islamists use modern weapons and information technology and seek to impose a modern-type universal and culture-free vision, they deny the bases of modernity--human reason and human sovereignty--and claim to be bulwarking the ummah against its perils. Demant argues convincingly that the real clash of civilizations is not the Judeo-Christian West against Islam, but a universalized modernity that could make room for a reformed and tolerant version of Islam against a radically anti-modern strain of political Islam that turns the tools and weapons of modernity against itself....[t]he analytical sections are relevant, innovative, and convincing, making the book a valuable resource. Recommended. Graduate students and professionals." - Choice