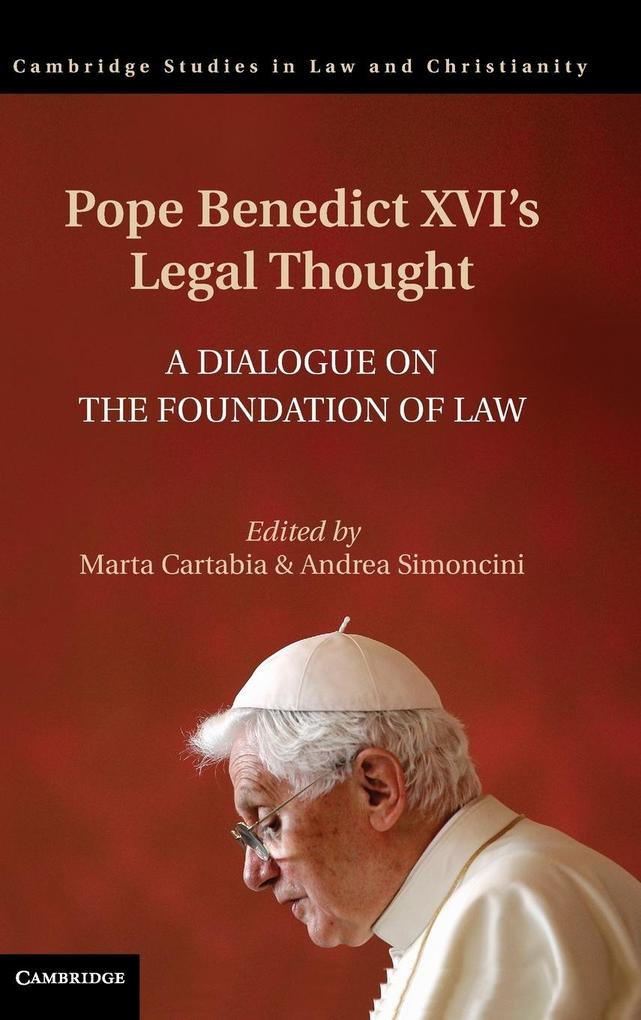 This book discusses the speeches in which the Pope Emeritus Benedict XVI reflected most explicitly on law, justice, democracy, and reason, along with the commentary from distinguished legal scholars. Collectively, these addresses formulate a series of core ideas for a 'public teaching' on the topic of justice and law.


1. A journey with Benedict XVI through the spirit of constitutionalism Marta Cartabia and Andrea Simoncini;
Part I. Law, Reason, and Religion:
2. Reality and transcendence: more than a religious issue Armin von Bogdandy and Sergio Dellavalle;
3. Human dignity without God? Reflections on some relevant speeches of Benedict XVI Rafael Domingo;
4. The windows of Benedict XVI: reason, revelation, and law Wael Farouq;
5. The secular state, democracy, and natural law: Benedict XVI's address to the Bundestag from the perspective of legal ethics and democracy theory Martin Rhonheimer;
6. From Regensburg to Berlin - holiness and reason: a reflection on Pope Benedict XVI's public lectures J. H. H. Weiler;
7. 'To serve right and to fight wrong': why religion, human rights, and human dignity need each other John Witte, Jr;
Part II. Fundamental Rights and Freedom of Religion:
8. Faith and reason in the Regensburg address Giuliano Amato;
9. Religious freedom in the political speeches of Pope Benedict XVI Mary Ann Glendon;
10. Freedom of religion - the contribution of Benedict XVI to a universal guarantee from a European perspective Christoph Grabenwarter;
11. Benedict's legacy: human rights, human dignity, and the possibility of dialogue Christopher McCrudden;
Part III. Democracy in a Society of 'Others':
12. Concerning the doctrine of democracy in Benedict XVI Massimo Luciani;
13. Acting contrary to reason is contrary to God's nature Andres Ollero;
14. A listening heart: where democracy begins Andrea Pin.

Marta Cartabia, full professor of constitutional law, is a Member of the Italian Constitutional Court since 2011, currently serving as Deputy President. She has taught in a number of Italian universities and was a visiting scholar and professor in France, Germany and the United States. Andrea Simoncini is currently a full professor of constitutional law at the University of Florence, Italy. In 2009 he was Fulbright Distinguished Lecturer at Notre Dame University where he was also a visiting professor at the Law School.