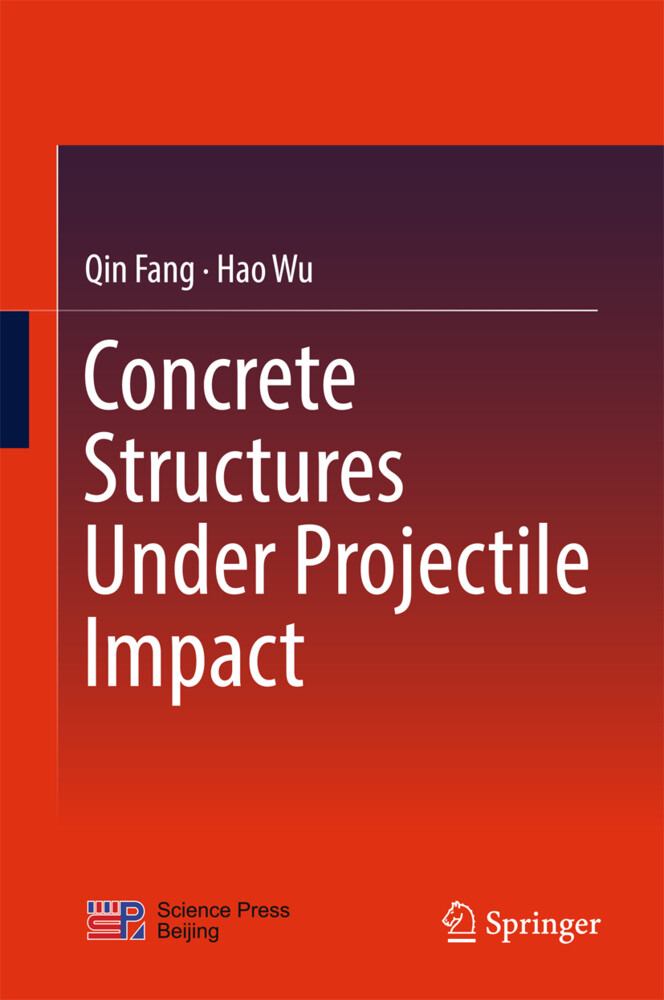 In this book, the authors present their theoretical, experimental and numerical investigations into concrete structures subjected to projectile and aircraft impacts in recent years. Innovative approaches to analyze the rigid, mass abrasive and eroding projectile penetration and perforation are proposed. Damage and failure analyses of nuclear power plant containments impacted by large commercial aircrafts are numerically and experimentally analyzed. Ultra-high performance concrete materials and structures against the projectile impact are developed and their capacities of resisting projectile impact are evaluated. This book is written for the researchers, engineers and graduate students in the fields of protective structures and terminal ballistics.

Dr. Qin FANG is a professor of Civil Engineering at PLA University of Science & Technology, China. His research interests include dynamic responses and reinforcement measures of engineering structures under severe loads, such as blast, impact, fire and earthquake. The academic achievements have been widely applied in Chinese codes for protective structures. He has published two academic books entitled "Underground protective structure" and "Analysis and design of protective structure" (both in Chinese), as well as over 300 journal and conference papers. He has been funded by many research projects, such as the Science Fund for Creative Research Groups of the National Natural Science Foundation of China, the national science foundation for distinguished youth scholar, the National Basic Research Program of China and so on. Currently, he is a member of the executive board of International Association of Protective Structures, the vice chairman of the Protective Engineering Division of China Civil Engineering Society, as well as a member of the editorial board of International Journal of Protective Structures.