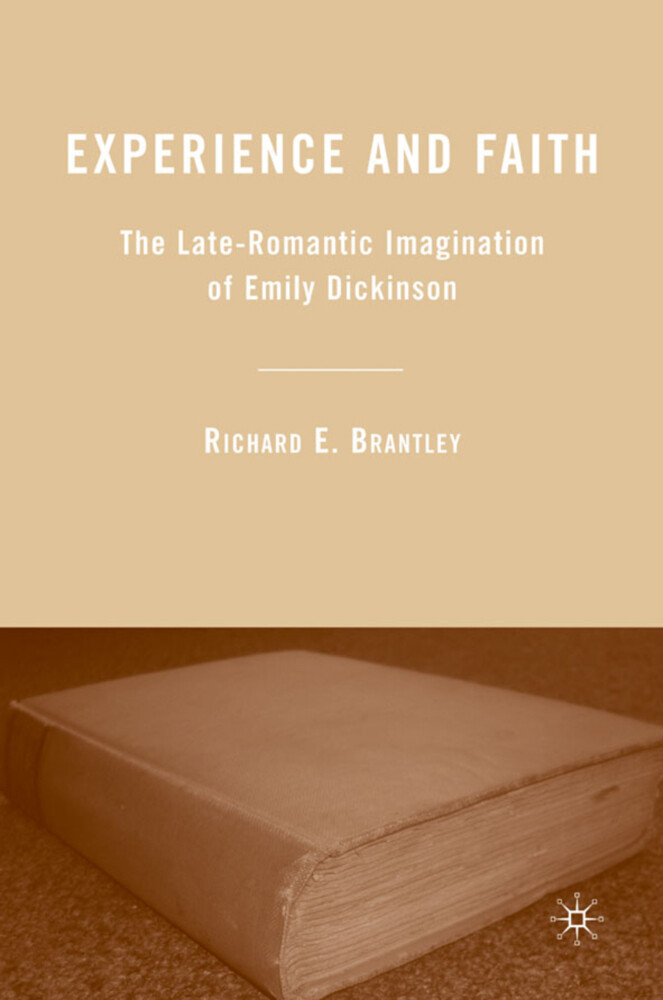 Experience and Faith: The Late-Romantic Imagination of Emily Dickinson

Emily Dickinson (1830-86) recasts British-Romantic themes of natural and spiritual perception for an American audience. Her poems of science and technology reflect her faith in experience. Her lyrics about natural history build on this empiricism and develop her commitment to natural religion. Her poems of revealed religion constitute her experience of faith. Thus Dickinson stands on the experiential common ground between empiricism and evangelicalism in Romantic Anglo-America. Her double perspective parallels the implicit androgyny of her nineteenth-century feminism. Her counterintuitive combination of natural models with spiritual metaphors champions immortality. The experience/faith dialectic of her Late-Romantic imagination forms the heart of her legacy.

Richard E. Brantley is Alumni Professor of English, Emeritus, at the University of Florida, USA.

"In Experience and Faith Richard E. Brantley accomplishes a rich and deep recontextualization of Emily Dickinson's mind and art. Focusing on her experiential approach both to fact and to faith, Brantley moves from 'the village to the world' in tracing out the poet's weblike connections with major figures in native as well as transatlantic nineteenth-century religion, literature, and culture. One of his most surprising discoveries is Dickinson's dialectical testing out of a private religion of the heart, stiffened by the tradition of British empiricism and cushioned by John Wesley's redactions of the difficult theology of Jonathan Edwards. Both of these formidable intellectual explorations are done with knowledge and grace. This is a scholarly yet personal study of the entire Dickinson corpus, packed with fresh close readings of major poems and animated by a philosophical thrust that demonstrates an admirable sensitivity to the creative heft of the past as well as a lively sense of the complex present." - Barton Levi St. Armand, author of Emily Dickinson and Her Culture: The Soul's Society

"With considerable wit and passion, Richard Brantley puts his impressive learning to work in Experience and Faith. By situating Emily Dickinson within the Wesleyan tradition and an Anglo-American context, he provides us with a refreshing way of rethinking the connections between Dickinson's poetry and her religious thought and experience." - Roger Lundin, Blanchard Professor of English at Wheaton College and author of Emily Dickinson and the Art of Belief

"Brantley reasons thoughtfully on the critical methods Dickinson's art demands and the importance of venturesome, experimental thinking such as hers for our own academic and religious environment. He has given us a wise, deep, yet friendly, exploratory, and unpretentious book that ought to have great influence on studies of Dickinson's religious thought even as it inspires curiousity about its promised sequel." - Jane Donohue Eberwein, editor of The Emily Dickinson Encyclopedia