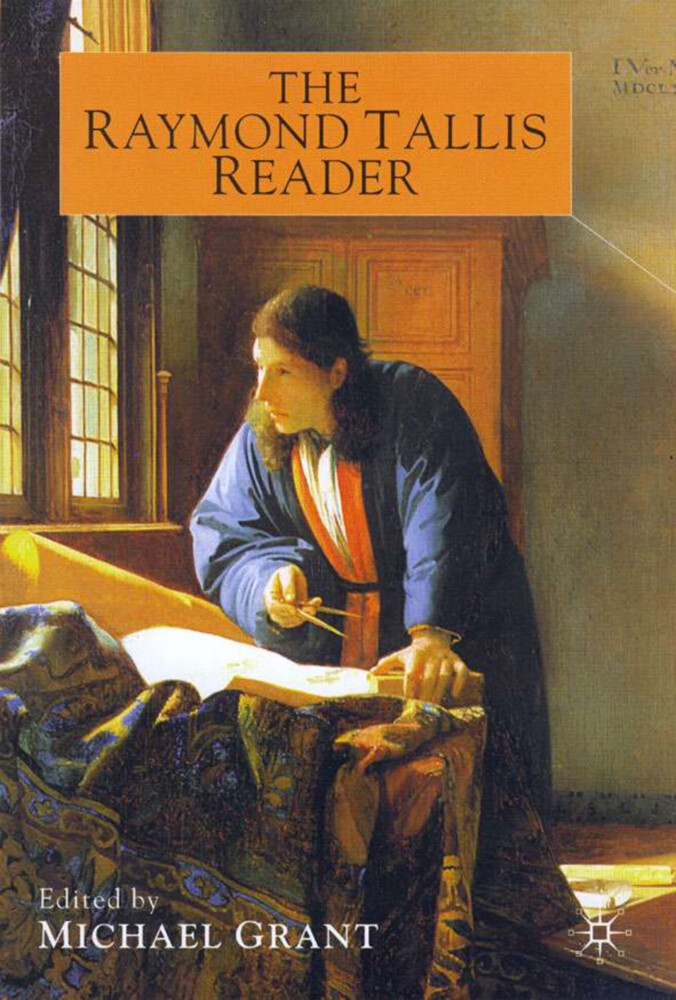 The Raymond Tallis Reader provides a comprehensive survey of the work of this passionate, perceptive and often controversial thinker. Key selections from Tallis's major works are supplemented by Michael Grant's detailed introduction and linking commentary. From nihilism to Theorrhoea, from literary theory to the role of the unconscious, The Raymond Tallis Reader guides us through the panoptic sweep of Tallis's critical insights and reveals a way of thinking for the twenty-first century.

RAYMOND TALLIS trained as a doctor at the University of Oxford and St. Thomas's hospital. Since 1987 he has been Professor and a consultant physician in Health Care of the Elderly in Salford. Over the last fifteen years, he has written extensively outside of medicine. He has published short stories and poetry and been (?) for his critiques of post-Saussurean thought, his reflections on art and science and his discussions of the philosophy of mind. He was recently described in The Times Education Supplement as 'one of the most intriguing figures in the current intellectual scene'. He was awarded an honorary degree of Doctor of Letters by the University of Hull in 1997 for his contributions to literary scholarship.

MICHAEL GRANT is Senior Lecturer in Film Studies at the University of Kent, Canterbury. His publications include T.S. Eliot: The Critical Heritage (1982) and Dead Ringers (1997).

From the reviews of Enemies of Hope:

'Tallis...is a high achiever with a range of expertise that would leave Jonathan Miller gasping' - Walter Eltis, The Sunday Times

'As its title and length indicate, this is a Big Book. It is written, nevertheless, in a clear, accessible, unpretentious and often witty style. And as anyone familiar with Raymond Tallis's other similar works knows, it has important things to say..

...there is about his panoptic sweep an intrepidity, a candour and open-mindedness, a gameness for anything, a total lack of vanity or self-importance, and a generous hatred of cant, that are extremely engaging. Every page of Enemies of Hope is lit by its author's characteristic wisdom and luminous intelligence, and by flashes of novel, striking insight. That alone is an much as to say, read it.' - Robert Grant, The Times Literary Supplement

'Brilliantly argued and with a wide range of erudition' - Nicholas Kochan, The Financial Times