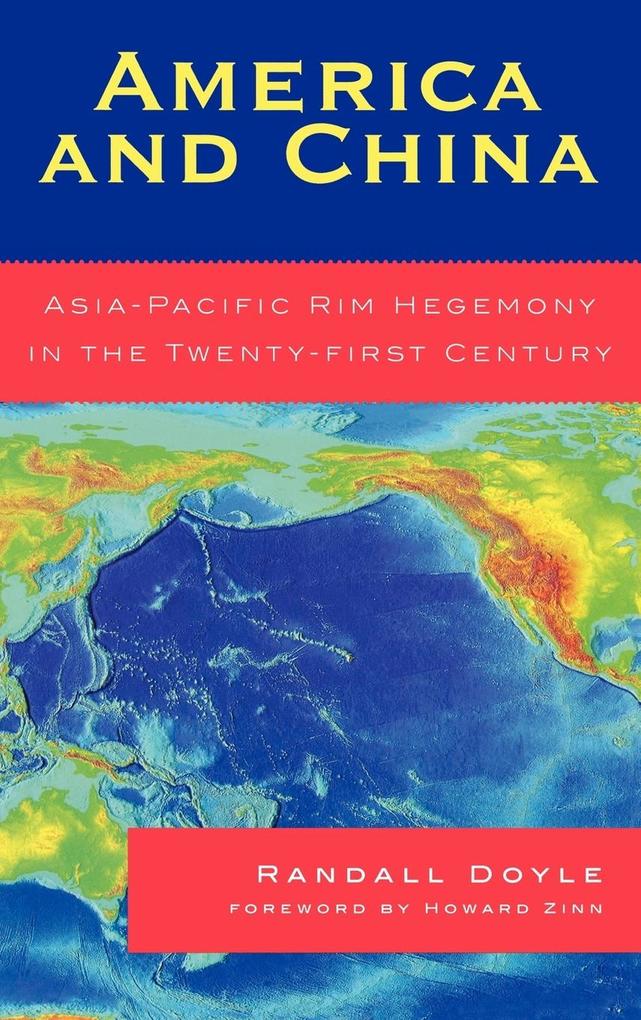 America and China places an historical context around the remarkable changes in international relations taking place in this region during the first decade of this millennium. While many institutions established after World War II are being re-examined, the United States' key allies in the region, Australia, Japan, and South Korea, publicly acknowledge that their relations with the United States are still strong. However, the balance of power has shifted dramatically in the region as China has experienced a meteoric rise in economic clout and military power. Randall Doyle examines this epic transition within the Asia-Pacific Rim region by drawing on the research and thought of regional analysts, politicians, scholars, and think-tanks.

Randall Doyle is professor of history at Central Michigan University. He is the author of A Political Dynasty in North Idaho and America and Australia.

Professor Randall Doyle offers his appraisal of the relations between the U.S. and Pacific Rim countries. His lifelong engagement with Australia, China, Japan and Korea and his personal interviews with the president of South Korea and the prime minister of Australia along with many local elites turn this book into an interesting tome. His advice that the U.S. should make relevant adjustments towards the other side of the rim reveals his insights. Indeed, this is an ambitious undertaking to pack five nations into one volume; however, Doyle's expertise enables him to provide a concise survey and numerous persuasive remarks. His writing is poetic, lucid, fluent and engaging. -- Patrick Fuliang Shan, assistant professor of Chinese history, Grand Valley State University In times when most analysis of the current state and future development of the Asia Pacific region focuses on Japan, China, Korea, and the role of the United States, often applying classical balance of power approaches to explain alliances and frictions, Doyle's book takes a broader look at all players in the region including Australia. The book begins with a concise analysis of the significant steps in the postwar history of each country, which allows the reader to get a much better sense about the many historical issues undermining cooperation to this day. I recommend the book to anyone who wants to look behind and beyond the day-to-day politics of the region to get a deeper understanding of the historical background and development of today's problems and issues. -- Wilhelm Vosse, International Christian University [Doyle's] analysis of the complex interactions of the two great powers, along with Australia, Japan, and South Korea, is judicious and informed, enriched by substantial personal experience in the region. His study gives a valuable perspective on topics that are sure to be of growing significance in the years ahead. -- Noam Chomsky, MIT Professor Randall Doyle is peering into an overlooked corner of U.S. foreign policy-its relations with Australia, Japan, and Korea. It is an important area of study because all three of these nations live in the shadow of the Asian giant-China, which by its size, its military might, its swift-growing economy, is the great counter-balance to U.S. hegemony in Asia in the 21st century. -- Howard Zinn, Author of A People's History of the United States and Professor Emeritus of Political Science, Boston University