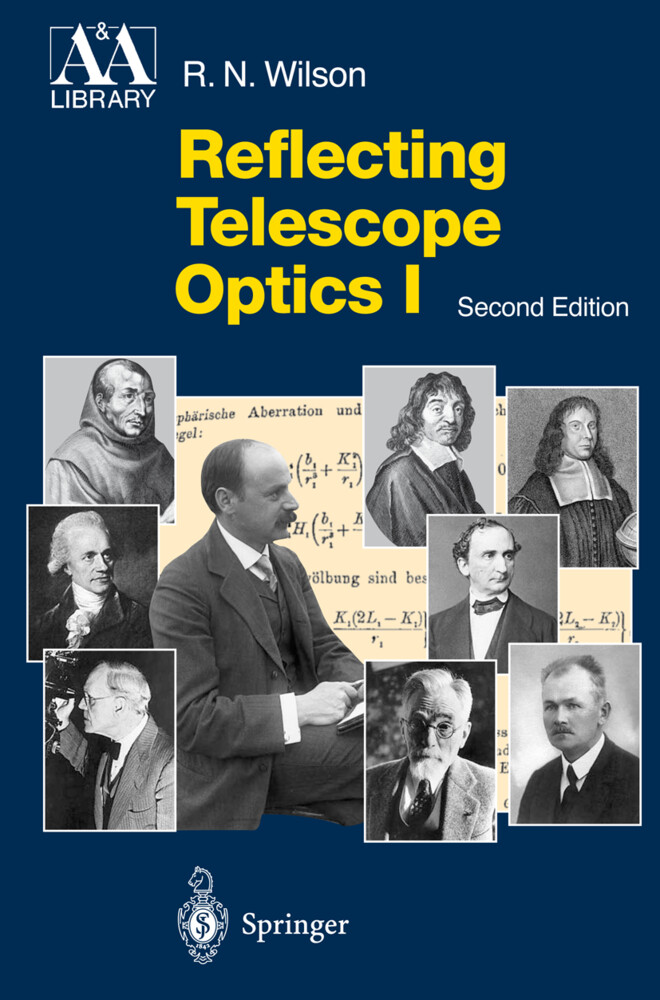 von Raymond N. Wilson
Basic Design Theory and its Historical Development. 2. A. 237 Abbildungen, Tabellen. Sprachen: Deutsch…
Buch (gebunden)
This is the first volume of a monumental work that is intended to give a complete treatment of reflecting telescope optics. It addresses the specialists in the field, both in the astronomical community and in industry. Consequently, subjects such as … weiterlesen
Geschenk per Mail versenden
Buch (gebunden)

R.N. Wilson's two-volume treatise on reflecting telescope optics has become a classic in its own right. It is intended to give a complete treatment of the subject, addressing professionals in research andindustry as well as students of astronomy and amateur astronomers. This first volume, Basic Design Theory and its Historical Development, is devoted to the theory of reflecting telescope optics and systematically recounts the historical progress. The author's approach is morphological, with strong emphasis on the historical development. The book is richly illustrated including spot-diagrams analysing special systems in modern form. In this second edition, the historical section has been revised. Also, various improvements to the text have been made, and new systems such as the 4-lens corrector of Delabre and the LADS corrector are now covered. The concluding Part II treats manufacture, testing, alignment, and modern techniques.

"This is a 'serious' book on reflecting telescope optics ... . It is aimed at serious optical engineers who wish to design telescope optical systems from first principles and gain an understanding of the mathematical theory which applies. ... There is an historical overview, followed by chapters on basic gaussian optical theory of telescopes, aberration theory of telescopes ... . These are followed by a comprehensive set of references, list of figures, list of tables, name index and subject index." (Roger Feasey, Journal of the Auckland Astronomical Society AAS, February, 2005)