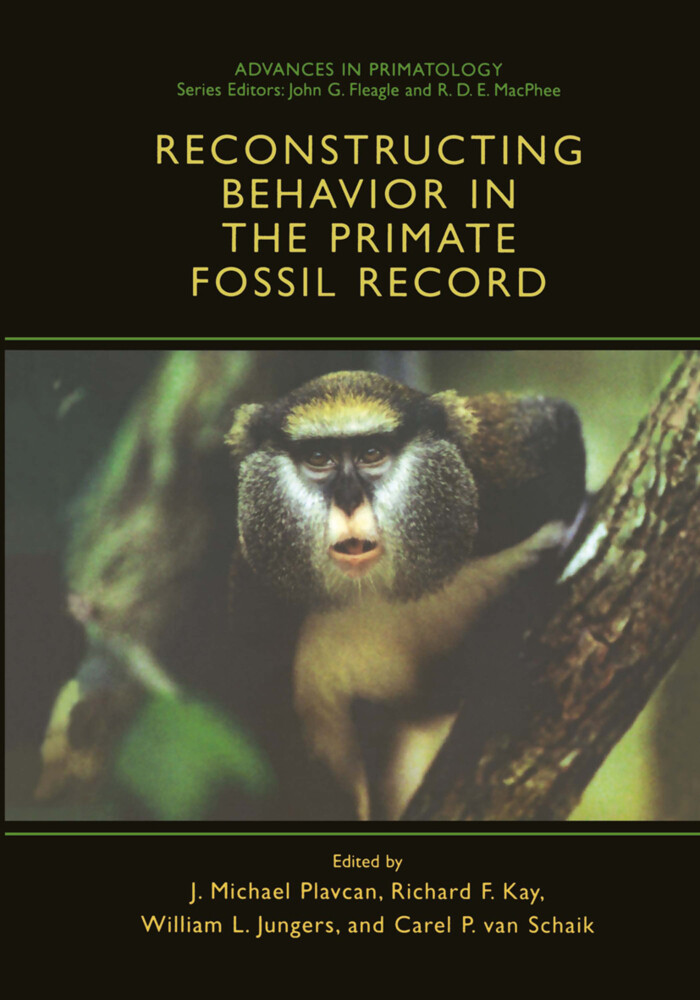 This volume brings together a series of papers that address the topic of reconstructing behavior in the primate fossil record. The literature devoted to reconstructing behavior in extinct species is ovelWhelming and very diverse. Sometimes, it seems as though behavioral reconstruction is done as an afterthought in the discussion section of papers, relegated to the status of informed speculation. But recent years have seen an explosion in studies of adaptation, functional anatomy, comparative sociobiology, and development. Powerful new comparative methods are now available on the internet. At the same time, we face a rapidly growing fossil record that offers more and more information on the morphology and paleoenvironments of extinct species. Consequently, inferences of behavior in extinct species have become better grounded in comparative studies of living species and are becoming increas­ ingly rigorous. We offer here a series of papers that review broad issues related to reconstructing various aspects of behavior from very different types of evi­ dence. We hope that in so doing, the reader will gain a perspective on the various types of evidence that can be brought to bear on reconstructing behavior, the strengths and weaknesses of different approaches, and, perhaps, new approaches to the topic. We define behavior as broadly as we can­ including life-history traits, locomotion, diet, and social behavior, giving the authors considerable freedom in choosing what, exactly, they wish to explore.

`The chapters are of high quality and well focused. Recommended.'
Choice, 40:4 (2002)
`One of the major challenges in primate paleontology is reconstructing the animals behaviour from its fossil remains. Unlike human archeology, where there are plenty of clues from material culture, paleontologists have much less information to work from. This book looks at the current state of the art [...] with chapters covering a broad range of techniques that can be applied and reviewing the predictions that can be made. It is firmly aimed at researchers in the field although its content might be interesting to final year undergraduates.'
Primate Eye, Primate Society of Great Britain, 81 (October 2003)
Kunden, die diesen Artikel gekauft haben, kauften auch

Buch (gebunden)
Primates and Their Relatives in…